Wiley: Evolve or be Extinct 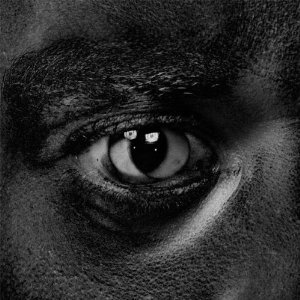 As this week’s FACT interview with Wiley proved, he’s one of music – let alone just grime’s – most excessive, eccentric characters. Traditionally there’s been little to distinguish between Wiley the man and Wiley the musician: from his Tunnel Vision series of mixtapes, to his now-legendary Macbook clear-out of over 100 unreleased tunes (some not even his), to his current run of four album-length projects in less than a year, his music has always been refreshingly unfiltered, and in it you find every side of Wiley; the good, the bad, and the downright surreal.

Evolve and be Extinct, however, is one of Wiley strangest releases yet. In fact, it’s often completely ridiculous. On ‘Can I Have a Taxi Please’, he orders taxis in different stereotypical accents before running through an examination of each of the voices’ stereotypical characters. It’s like Come Fly with Me meets the most derivative hip-hop concept you’ve ever heard, and it’s hard to argue it’s anything other than total guff. Then you have ‘Customs’, a skit about Wiley trying to get past a Jamaican customs officer which goes on for far too long.

On the other side of the coin, there are some definite plus points. The opening double salvo of ‘Welcome to Zion’ and ‘Evolve or be Extinct’ is some of the most grimy music that Wiley’s made in a while, with sawn-off snares and cold square wave synths, while two collaborations with Mark Pritchard, ‘Scar’ and ‘Money Man’ provide sparse, creeping highlights (though they’re not a patch on recent non-album track ‘F’ Off’). And considering some of Wiley’s post-‘Wearing my Rolex’ pop singles, such as the dreadful ‘Summertime’, lead single ‘Boom Blast’ could be a lot worse. But overall, it’s hard to argue that this album’s particularly bursting with quality. Last year’s 100% Publishing may have positioned Wiley as grime’s eccentric uncle, in some ways the genre’s Roots Manuva, but on Evolve or be Extinct he spends an uncomfortable amount of time simply sounding doddery.