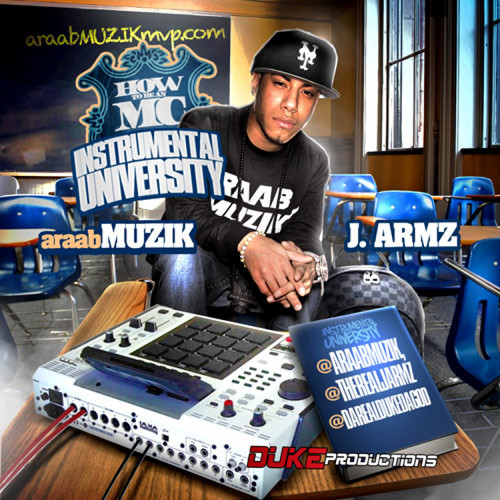 In the meantime, fans have the propspect of this to tide them over, a new mixtape of AraabMUZIK’s instrumentals with J Armz. The pair previously teamed up on 2010’s Instrumental Kings mixtape, which still features some of AraabMUZIK’s rawest, best beats. Instrumental University, however, is designed as a collection of Araab’s best backing tracks of the last few years, including collaborations with Cam’ron and Styles P.

Instrumental University will be available to buy through iTunes on January 31. There are also strong rumours currently circulating at that A$APMUZIK, a collaboration between AraabMUZIK and A$AP Rocky, will release a full length mixtape in the near future. More on that when we have it.