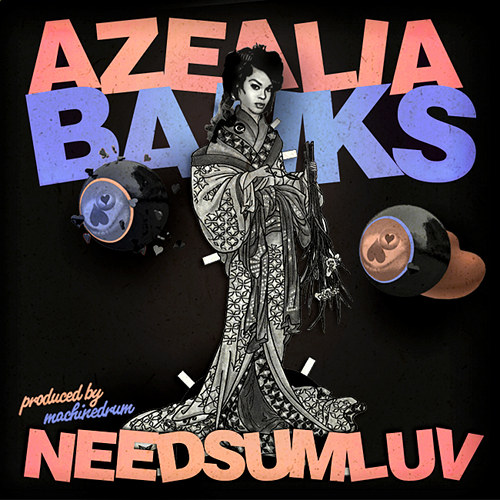 Azealia Bank’s latest single is titled ‘NEEDSUMLUV’, and comes produced by fellow New Yorker Machinedrum, who cuts up Aaliyah samples with a similar breathless longing to the best moments of Room(s), his cracking 2011 album on Planet Mu. You can stream it below; the instrumental (Machinedrum’s ‘SXLND’) will be released via LuckyMe tomorrow.