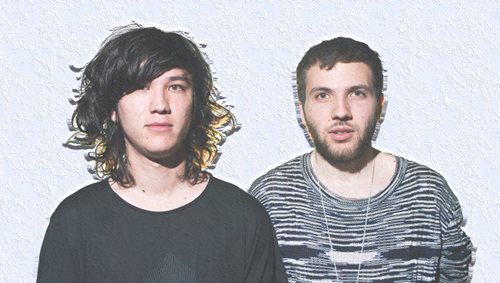 Teengirl Fantasy have signed to R&S for the release of their second album.

The New York duo, comprised of Logan Takahashi and Nick Weiss, first came onto FACT’s radar several years back with the release of an excellent 7″ single for Merok, before topping that with their debut album 7AM – a top ten pick in our 50 best albums of 2010. The album’s lead single, ‘Cheaters’, also featured very high on our 100 best tracks of that year.

A statement on the R&S – whose current roster also includes James Blake, Pariah and Space Dimension Controller – website reads as follows: “Teengirl Fantasy … make amazing house music with a definite pop edge. They released their excellent debut album 7AM a couple of years ago, it featured the single ‘Cheaters’ that was pretty massive, and the opening track was called ‘Vibes’ which is totally on point for us. We’re really excited to be putting their new album out and have them playing at our parties. Here’s a link to their Facebook and also a live video, so you don’t have to start googling them and look like some sort of pervert”.

On top of signing to the label, Teengirl Fantasy will be performing alongside James Blake, Untold and more at R&S’s next party, which takes place on January 28 at the standard Secret East London location.

Update: R&S have also announced a new single by Detroit techno legend Juan Aktins, on a Model 500 solo mission. It features two tracks, ‘Control’ and ‘The Messenger’, and will be released on February 20.