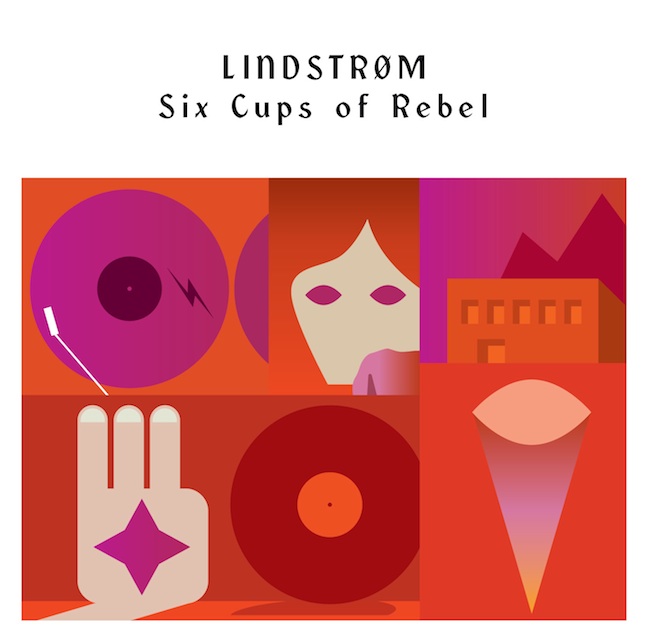 Lindstrøm’s new album, Six Cups Of Rebel, is due out on February 6.

Entitled Six Cups Of Rebel – which you may recall the Norwegian adopted as an artist name for a solitary 12″ release, 2005′s ‘Arp She Said’ – the album will be released on Smalltown Supersound .

It’s the third official Lindstrøm full-length (discounting his work with Prins Thomas), following 2009′s Christabelle-vocalled Real Life No Cool, and the first to feature his own vocals. We’ve got hold of a vinyl copy of the album – double-vinyl to be precise, with artwork (pictured above) by Kim Hiorthoy – to give away to one lucky FACT reader. If you’d like to be entered in the draw to win it, simply email your name and the words ‘six cups of rebel’ to competitions@thevinylfactory.com. Our winner will be notified on or before February 6.