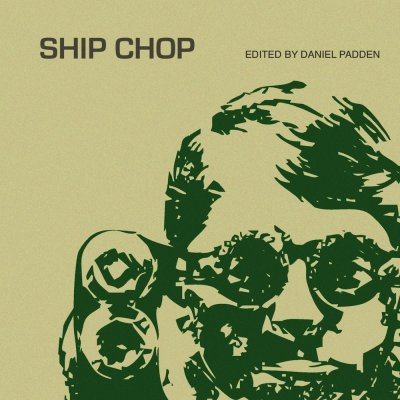 Some people just seem to slip through the critical net time after time. Daniel Padden is a member of Volcano the Bear and solo artist in his own right, releasing music as The One Ensemble as well as under his own name. ‘Dancers’ Reverse’ is taken from his new album on Dekorder, Ship Chop, which could be described as a sampladelic mash-up but really is something more ethereally remarkable.

Belonging more to the tradition of Can’s Ethno-Forgery series, Lionel Marchetti’s almost absurdist world music (hideous definition I know) concrète and John Oswald’s Grateful Dead ghost orchestras on Grayfolded, ‘Dancers’ Reverse’ highlights one of two approaches that Padden takes across the album, sublimely layering, cutting and pasting sound into a dreamlike space-time vortex, matching delicate liquid percussion with spectral string drones before flipping into passages of devotional song, rolling percussion, field recordings and environmental space. Eventually, that’s morphed even further, into a more brutally edited found-sound loop tapestry. Structuring the album like a mixtape, it becomes impossible to distinguish separate pieces as defined by name and while there may be occasional moments of humour, satire and irony, the overall effect is beautifully and uniquely disorientating and hallucinatory.