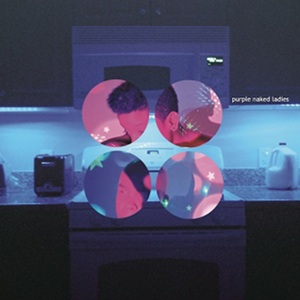 Despite Odd Future already solidly establishing a reputation for crooning and songwriting via crew-mate Frank Ocean, a psych-jam pop album from producers Syd tha Kyd and Matt Martians was still rather unexpected. However, the debut album Purple Naked Ladies from the duo’s collaborative project The Internet is just that. It straddles the line between challenging and accessible, a strange maelstrom of ideas that shares qualities of Outkast, Erykah Badu, TLC and The Weeknd.

It should be stated from the outset that PNL is not the most coherent creation. Tracks are largely only a couple of minutes long, yet there is always a lot going on within their half-live-instruments-half-electronic-production layers; sometimes too much, especially as some of the changes between content jar awkwardly. Much of this seems to be down to a jam-like songwriting approach and some questionable editing decisions. Tracks like ‘Ode To A Dream’, ‘Cunt’, ‘Gurl’ and ‘Fast Lane’ in particular are frustrating, lurching in different directions unexpectedly, often mid-track, sometimes the best material passing by fleetingly.

However, as opener ‘Violet Nude Women’ pointedly samples, “there is no template you can use”. This eccentricity can be both the album’s strength as well as its weakness; while not always necessary, these idiosyncrasies are still, at the very least, welcome for being so genuine. Everything on PNL – even the guest spots from various other Odd Future members – seems so unpretentious and relaxed. Even catchy drug-number ‘Cocaine/Tevie’ manages to avoid clichés, Syd taking a considered stance in her lyrics and Left Brain’s guest verse being brief and witty, tongue firmly in cheek.

With almost every track containing something stand-out, there is a whole slew of memorable, inventive gold present too – enough to make commenting on specific tracks extremely difficult, in fact, and due to their brevity it is definitely worth listening to the album as a whole. However, if pushed, up-tempo ballads ‘Love Song-1’, ‘Web Of Me’ and ‘She Knows’ all capture something particularly individual to the project, while ‘She Dgaf’, ‘They Say’ and the aforementioned ‘Cocaine/Tevie’ are immaculately constructed independent pop songs that deserve all the radio play they can get.

The most interesting discovery on PNL, however, has to be Syd tha Kyd’s singing voice. It is an unexpected beauty; a good deal lower than most starlets, sounding amateur in a good way, but with surprising range and expression used sparingly. The fact that she is openly gay should not normally be a talking point, but there is definitely something refreshing and emancipating in a female voice intoning the familiar romantic platitudes of R&B to a lover of the same sex. In an industry über-genre so often using soprano sex symbols as a vehicle for men’s incomes, Syd’s confidence and earnestness modestly defies powerful obstacles. This makes for a rewarding listen in itself.

PNL is not fully formed, but it strikes many palpable successes and has some moments of brilliance. Daring and surprisingly concerned simply with its own sound, it is almost a bedroom production demo, featuring plenty of warmth and discrepancies, but almost a studio-built classic at the same time. An extremely promising debut.