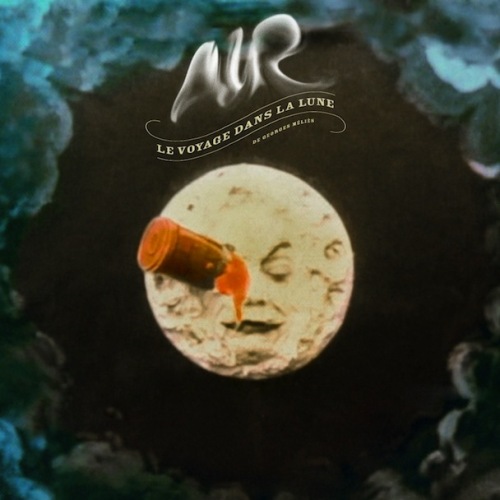 Nicolas Godin and Jean-Benoît Dunckel created the soundtrack for a rediscovered colour print of the silent picture, often described as the first ever science fiction movie.

Talking to the Guardian, Godin describes the black and white film as “a national treasure”. A colour version was known to exist, but was thought to be lost forever, and had taken on a mythical quality by the time an anonymous collector passed a print to Barcelona’s Filmoteca de Catalunya in the early 90s. A painstaking process of restoration lasting almost a decade commenced.

They fashioned their musical accompaniment in just three weeks, in time for the restored coloured print’s premiere at the Cannes film festival. They have since expanded the work for their new album, calling upon the vocal talents of Au Revoir Simone and Beach House‘s Victoria Legrand.

“The moon for me is rocks, caverns and mountains,” says Godin. “Which is why we had big timpani on almost every song. On each album, we fall in love with a different instrument and on this album it was the timpani.”

“I think this soundtrack can help the movie travel further,” Dunckel adds, “because it’s a different piece of art.”

“It feels like a collaboration with Méliès,” Godin concludes. “I feel like he was in the band while we were recording. When I was coming to the studio I felt like I was in a time shuttle… it was a very strange experience.”