Bill Ryder-Jones – ‘By The Church Of Apollonia’ (Leyland Kirby Mix) 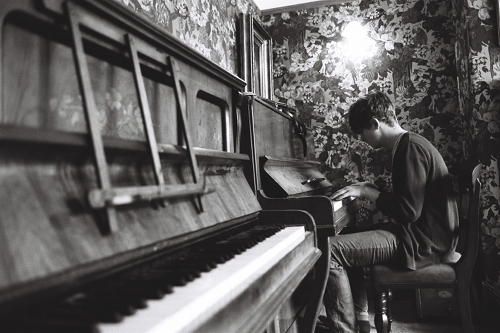 Bill Ryder-Jones released his fine debut album, If…, through Domino’s Double Six imprint late last year. The label has since commissioned remixes by three British artists each preoccupied in their own way with memory and the uncanny.

Leyland Kirby aka The Caretaker takes on ex-Coral member Ryder-Jones’ ‘By The Church Of Apollonia’ – you can listen to his magnificent treatment, which conjures bleak and blasted moorland out of reverbed strings and crackle, above. Ghost Box’s Belbury Poly and recent FACT mixer Moon Wiring Club also have a pop, at the title track and ‘By The Church..’ respectively. You can listen to their versions here.

The album was inspired by – among other things – Italo Calvino’s novel If On A Winter’s Night A Traveller, Tom Ford’s movie A Single Man, Syd Barrett, Nick Cave and Gorky’s Zygotic Mynci. It showcases Ryder-Jones’ talents not just as a vocalist and songwriter but also as an arranger, with some particularly stirring orchestral textures. More information here.