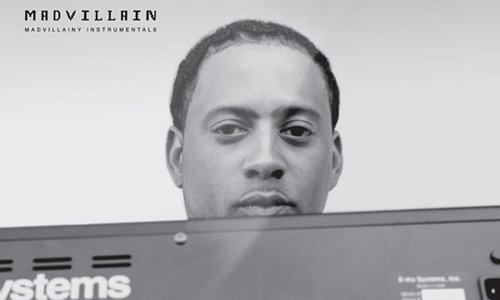 The work of two of hip-hop’s finest producers, Madlib and DOOM (at that time, known as MF Doom), Madvillain remains acclaimed by many as the greatest album that either artist put their name to: a crunchy, lo-fi odyssey (at least two tracks were recorded in a hotel room on a toy turntable and sampler) described by FACT’s Mr. Beatnick in his The Essential Madlib piece as “a complete and satisfying hip hop experience, a perfect synergy between raw beats and incredible rhymes that in the minds and hearts of many, neither party has yet to surpass”.

An instrumental version of the album was released the same year, on double-vinyl and digital formats, but Stones Throw have now seen fit to give it a full reissue with picture sleeve [above]. In the label’s words, they simply “never got around to printing it for the LP sleeve until right now”. It’s available to preorder now.

As far as an album of new Madvillain material goes, fans have been hoping for a full Madvillainy sequel for years, but despite the emergence of a new Madvillain track in 2010,  ‘Papermill’, it still seems they’re going to be waiting a long time.