Download: Cypress Hill and Rusko – ‘Roll It, Light It’ 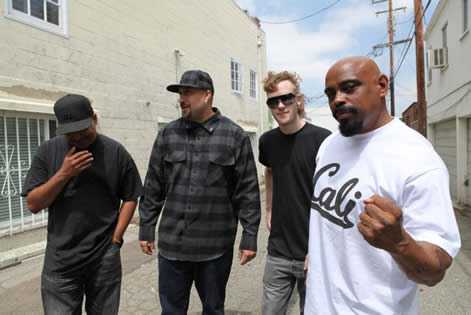 Titled simply Cypress X Rusko, the EP was recorded over a six month period in the States. In the words of Cypress Hill’s B-Real, “We’ve always been the type of group to take chances on doing something radically different than what people expect from us. So this carries with the tradition of us going out of the box.

“If it’s not something that we embrace then we don’t dare mess with it and this is something we fell right into the pocket of.”

The group were apparently pretty nervous about first performing the tracks, when Rusko brought B-Real and Sen Dog on stage during one of his gigs (“I’m thinking we’re completely out of our realm here”, in Sen Dog’s words), but the reaction was “deafening and unanimously positive”. As you might expect.

[Update: You can now download a track from the EP, ‘Roll It, Light It’, below.