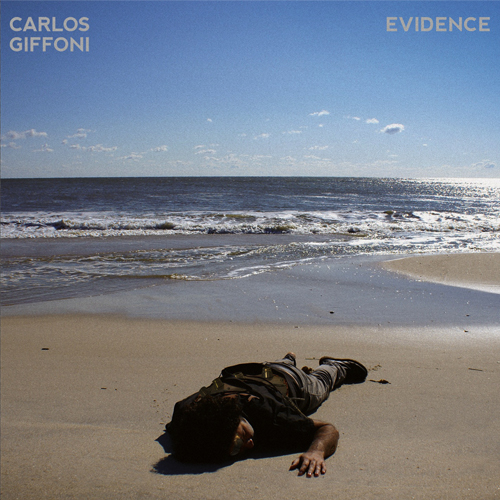 The next release on Joel Ford and Dan Lopatin’s Software label is Evidence, a new 12″ by Carlos Giffoni.

Venezuelan artist Giffoni, the man behind  the No Fun Productions label, is an icon of the global noise scene. He founded the scene-galvanising No Fun Fest in New York, sadly no more, has released music by the likes of Prurient, Emeralds, Oneohtrix Point Never and Russell Haswell on his No Fun Productions label, and has contributed to numerous split releases and collaborations with Jim O’Rourke, Keith Fullerton Whitman, Smegma and Thurston Moore.

His most recent work has been the most accessible of his career, documenting his ever-deepening interest in the possibilities of analogue synthesis, while his 2009-10 No Fun Acid project saw him successfully experiment with acid house and techno tropes in a noise context.

No Fun Acid is a clear influence on Evidence, which according to Software “stylistically reintegrates lessons learned with a newfound and brazen songcraft that few would expect from the tenured noise artist”. Giffoni sings on the record, albeit in a cold wavey monotone, while 303 lines duel and a square-jawed techno rhythm keeps time, and Laurel Halo weighs in with “mechanized piano and synth riffage”.

The record is due out on 12″ vinyl and digital on February 14 via Software, which is curated by Ford & Lopatin and administrated through Mexican Summer. Releases on the label, apart from Ford & Lopatin’s own work and Lopatin’s most recent Oneohtrix Point Never album, Replica, have come from Megafortress, Napolian, Harmonizer and Airbird City vs Mountains.


Tracklist:
A. Evidence
B. Desire In The Summer