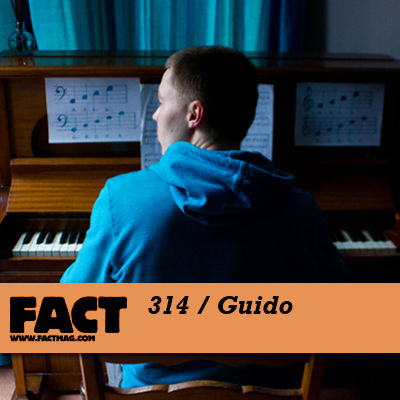 Late last year, we decided that after 300 FACT mixes it was time to invite some favourites from the series back for a second shot, and given how Guido’s grown in stature since contributing FACT mix 108, he seems the perfect man to start this process with. He’s proved himself to be one of the UK underground’s best producers and songwriters with his debut album Anidea, and now runs his own label, State of Joy, which debuted this month with a new single from the man himself.

Despite the recent announcement of his forthcoming live show, Guido’s also come on leaps and bounds as a DJ. The mixing on FACT mix 314 is seamless, with several tempo shifts and a haul of exclusives from Guido and his Bristol comrades Joker, Baobinga and ID, Gemmy and Rob Smith. And it should go without saying that there’s never a bad time for ‘Black & Yellow.