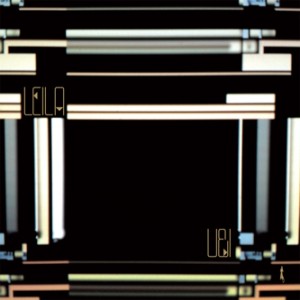 Four albums in 14 years seems like the work rate of someone willing to wait for real inspiration to strike rather than trend-chasing; to take her time over her work instead of putting out substandard material. Leila Arab’s career to date has largely borne this out, from the wrung-out emotional intensity spun through jagged electronic filters on 2000’s Courtesy Of Choice to the unsettling cinematic gauze of 2008’s Blood, Looms & Blooms. On U&I, her second album for Warp, Leila still sounds like no one else: her music is defined by its own internal logic, awkward tangents and disparate elements that require the listener to meet them at least halfway. ‘Colony Collapse Disorder’ is all micro-explosions of malfunctioning synths, fuzzed-up bass and acidic bubbling sounds like a chemistry experiment gone wrong. The title refers to the sudden disappearance of worker bees from their hives – a phenomenon that has significantly increased over the past half decade; it’s hard to think of another artist who would attempt to imagine in music the end of the world from the perspective of a bee colony and pull it off.

It’s one of Leila’s most successful moments on U&I – as is ‘Boudica’, on which a theatrical circus melody is gradually overtaken by rumbling distortion and pounding beats, seeming increasingly demented as the track progresses. ‘Eight’ is doomily imperious, while the abstract moans of ‘In Consideration’ are suitably spooky. But unlike Leila’s previous work, U&I is oddly unsatisfying as an album. Too often, it feels one-dimensional: the toned-down drill’n’bass beats of ‘Welcome To Your Life’ seem rote, for instance, while ‘All Of This’ has far less emotional urgency than its frantic synth line attempts to manufacture. ‘(Disappointed Cloud) Anyway’ retreads old Leila ground – spaced-out vocals over insectile electronics – to far lesser effect than on, say, 2000’s ‘To Win Her Love’.

U&I’s most obvious flaw lies in Leila’s choice of vocal collaborators: whether working with established names such as Martina Topley-Bird or her own personal cohort, Luca Santucci and Roya Arab, her knack for picking singers who could work in tandem with her own idiosyncrasies to bring soul into her sound was what made prior albums so successful. On U&I, she works exclusively with Berlin performance artist Mt Sims, whose colourless voice largely fails to convey any degree of emotional affect. But he’s not the only reason that Leila’s awkwardness doesn’t pay off here: this time round, it’s almost like a disguise for lack of inspiration rather than greater depths.