Azealia Banks: “being an artist is like having a penis” 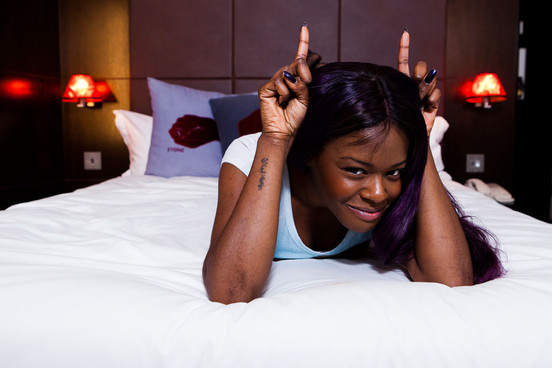 “If you’re a man, you have a penis. It’s the same thing for an artist.”

So says Azealia Banks in an interview with Red Bulletin, the culture, music and sport magazine produced by Red Bull Media House. The outrageously hyped, Harlem-born singer talks about the major staging posts en route to her present notoriety, including her celebrated Interpol cover, her upcoming, Paul Epworth-produced debut album, and of course her wannabe-bating breakthrough track, ‘212’.

“It’s a party track,” says Banks. “I’m making fun of people who move to New York to become famous but don’t know anything about the city, of how people get sucked in and sidetracked.”

Does that apply to her too? “Nah,” she says. “I know all about that. I was born there.”

For Banks, the pursuit of fame was second nature. “I always wanted to be on stage. It’s like if you’re a man, you have a penis. It’s the same thing for an artist. You either are one or you’re not.”


“I play by my own rules. I’m all about having people listen to my music.”

“I’ve always been open to any kind of music,” she says of her decision to cover Interpol’s ‘Slow Hands’. “I sampled Peter, Bjorn and John in one of my early songs.

“Interpol and I had the same manager. That’s how I got to know their singer, Paul Banks, “she says. “I couldn’t get their song ‘Slow Hands’ out of my head, which made me want to cover it.”

“I play by my own rules,” explains Banks, “I’m all about having people listen to my music. If I end up making money from that, too, so much the better!”

You can read the full interview profile in the new issue of Red Bulletin, which is out on Monday, 6 February. Visit redbulletin.co.uk for a list of stockists, subscriptions and information about the Red Bulletin iPad app.