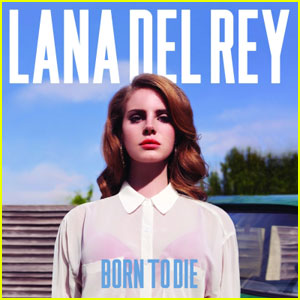 Born to Die is the debut album by Lana Del Rey, the most theorised pop singer to emerge since Lady Gaga – in fact, by the time this album’s done its damage, she may well have surpassed Gaga in that regard. She’s been accused of genius, plagiarism, being nothing more than a major label muse, and of giving the worst performance in Saturday Night Live’s history. Nobody can agree, it seems, on what Lana Del Rey is, and if there’s one major impression that Born to Die leaves, it’s that Lana and the team behind her don’t quite know what she is either.

First things first, Born to Die is an excellent debut album. It’s certainly a tiring one though – and I doubt that applies more than when trying to review it. At various points across its 15 tracks (counting the three bonus tracks, which contain some of the record’s best moments), Lana sounds like Lady Gaga, Nellie McKay, Michael Gira, Nancy Sinatra and more – she’s constantly switching and twisting her accent and the way she enunciates in different ways, and the overall impression is of a singer that doesn’t have a clue who she wants to be. It might frustrate a reviewer trying to get a handle on a singer who doesn’t have much of a handle on herself, but that’s life – Lana Del Rey’s 25, and presumably in the midst of her scariest year to date.

It’s also a tiring album due to its sequencing. Sequencing’s a very personal subject, but opening the album with four of its grandest songs (‘Born to Die’, ‘Off to the Races’, ‘Blue Jeans’ and ‘Videogames’ – take out ‘Blue Jeans’ and you have the three longest tracks on the album, in fact) is a move that’s going to put people off before they’re even half way through the record. By the time you’ve reached ‘Videogames’, still an incredible track and one of 2011’s most popular singles for a reason, in the wrong mood you’re ready to switch off.

What follows ‘Videogames’, however, is a mixed but rewarding ride through some of Del Rey’s most interesting songs yet. By the time you’ve reached track five, ‘Diet Mountain Dew’, Born to Die’s already established itself as an album with razor-sharp composition and structuring – strings entering songs at the exact point you expect them to, drums doubling up at the precise point that they should – and starts to throw some curveballs: underpinning another superbly written pop song, ‘Diet Mountain Dew’’s twinkling keys scream classic New York hip-hop. The album’s next track, ‘National Anthem’, is unfortunately a write-off, but the superb ‘Dark Paradise’ more than makes up for it. An larger than life ballad, with whirling wind samples and percussion that sounds like it was recorded up Mount Everest, with a minute left it briefly switches into something resembling dance music, with whipped synth notes and drum programming aimed straight at the steppers.

If the album up to this point had been draining, then it’s all downhill (in a good way) from ‘Radio’. Perhaps Born to Die’s most hushed track, it’s also one of its most fun and lyrically, its most content: “now my life is sweet like cinnamon / like a fucking dream I’m living in”. In short, it’s at this point that Born to Die actually becomes fun to listen to. Even on ‘Carmen’, one of the album’s saddest tracks (“she told me you don’t wanna get this way / street-walking at night and a star by day”), the backing music’s playful, with stop-start moments and a beautiful switch into star-eyed piano for the song’s climax. ‘Million Dollar Man’ meanwhile, sounds like the sort of song that Lana was born to make (pardon the pun), a scraping, whiskey-soaked ballad that – honestly – recalls Mark Lanegan, and one of the album’s two or three finest tracks.

As the album draws to a close, it seems more and more clear that Del Rey’s a better singer when she feels most free; as if she’s made the point that she can front grandiose pop symphonies in the album’s first half, and can spend its second half singing songs without a sense of obligation. There’s no major change lyrically – bar a reduction in the try-hard moments that pepper ‘Off to the Races’ and ‘National Anthem’ – and musically the drums sound just as larger-than-life and staggered; the strings just as epic. But Lana sounds more natural. That’s the difference.

As for the album’s closer (not counting the bonus tracks, this time), ‘This Is What Makes Us Girls’ – isn’t this exactly how pop music should sound in 2012? Club-ready drums and basslines, a distorted backing voice used for dramatic effect, and a vocal performance that reflects both a longing for simpler times (“they were the only friends I ever had / we got into trouble and when stuff got bad”) and an obligation to become a star (“I got sent away, I was waving on the train platform / Crying ‘cause I know I’m never coming back”) in the space of one bridge.

Speculate about Del Rey all you like, but when was the last time a major label debut was 15 tracks long with only one turkey? At times, notably in Born to Die‘s first half, it’s a little too perfect, with songs meticulous to the point where they become sterile, but when it starts to find form, there may not have been an album since My Beautiful Dark Twisted Fantasy that was this big and sounded this good.