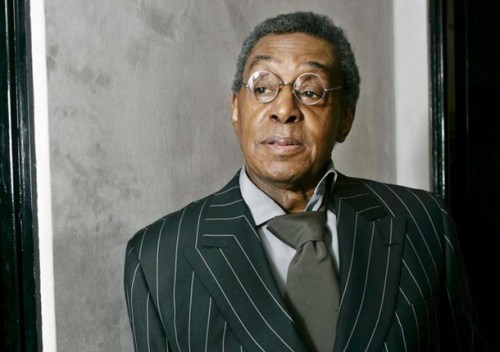 Earlier this week, we reported the sad news that Don Cornelius, former journalist and creator of seminal black music show Soul Train, had been found dead – apparently having taken his own life.

Footage has since emerged on online of the aftermath of a wake for Cornelius on Milwaukee Avenue in his native Chicago, where a spontaneous Soul Train-style dance line emerged in the street. How great is that? You can watch it below [via Dummy].

Speaking on Cornelius’s passing this week, Stevie Wonder described the event as “a heartbreak to the music world, to the television world, and it is a heartbreak to me personally. That’s why we have to always reach out to friends and put our best love forward. God bless his family and God bless his soul.” [via Rolling Stone]

Patti LaBelle released a similar statement, saying that “Don Cornelius was simply a genius and the contributions he made to music and our culture are second to none. I will always treasure the fond memories I have of working with Don over the years and being part of the history that he created through Soul Train.”

Meanwhile, RNB World have listed statements from contemporary stars like Mariah Carey (“His historic contribution to our lives will never be forgotten”), Ginuwine (“Someone who paved the way for black music I still remember my first time on Soul Train. What an experience”) and Keri Hilson (“Black music never looked so good”) as well as Tito, Jackie and Marlon Jackson: “A transformative figure in music and television. Behind his baritone and graciousness lurked a revolutionary who completely changed the way black performers were included on broadcast TV. We owe a tremendous debt to Don, and our prayers are with his family.”

Look out for a feature on Soul Train‘s greatest moments on FACT in the near future.