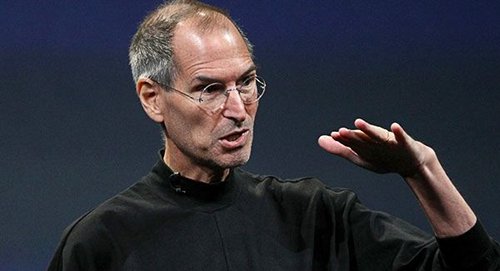 Apple co-founder Steve Jobs may have given contemporary music one of its most crucial inventions, the iPod, but he was apparently a big vinyl fan.

According to Neil Young, recently addressing a technology conference, “Steve Jobs was a pioneer of digital music. His legacy is tremendous – but when he went home, he listened to vinyl.”

Young also claimed that him and Jobs had been collaborating on a super-high digital audio format that approximated vinyl’s sound quality, with 20 times the fidelity of a standard mp3. Jobs was, apparently, shocked that consumers were so willing to “trade quality… for convenience or price”, claimed All Things D journalist Walt Mossberg, who interviewed Jobs before his death last year [via The Week].

Young conceded, however, that the problem with this format came in its size – suggesting that the best route would be to download it while you sleep.

“Sleep well”, suggested Young. “Wake up in the morning. ‘Play some real music and listen to the joy of 100 percent of the sound of music.”