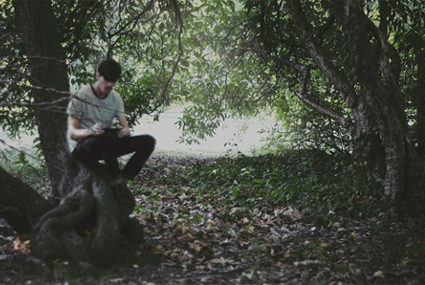 Gastón Arévalo is a Uruguayan electro-acoustic sound artist who produces truly atmospheric drone music, enlivened with subtle, spacious field recordings. ‘Deriva’ is the title track from a recently released cassette which is based on the work of fellow countryman and author Horacio Quiroga, a jungle-dwelling charismatic figure who produced a mountain of strange and eclectic plays, novel, poems and short stories heavily influenced by modernism and Edgar Allan Poe.

Arévalo cites nature and isolationism as inspiration, with the former being especially apparent with an almost supernatural teaming wildlife populating these sensuous electronic tones. There’s a warm, almost naïve feeling here (that maybe comes from letting the sounds breathe slowly rather than forcing anything) which gives it an edge over similar work, and the aforementioned isolationism seems to be more of the existentialist variety rather than the dark industrial ambience conceptualised by Kevin Martin back in the 90’s.