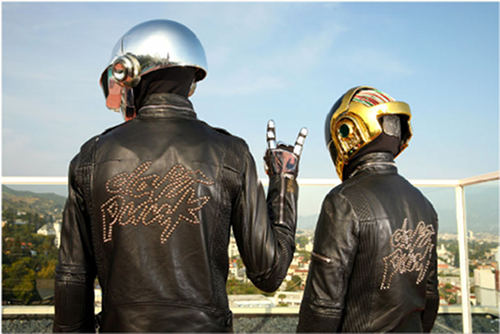 Nile Rodgers helped define disco the first time around; Daft Punk were instrumental in retooling the sound for the 21st century. Now it looks like the two will be producing music together.

In a recent interview, the Chic guitarist – who’s worked with David Bowie, Madonna and countless more as a producer – was full of praise for his Gallic counterparts: “Those guys are great. They’re coming to my apartment on Monday and we’re going to talk about making a new record together” . Rodgers also revealed that he’s working on a musical biopic of Broadway pioneer Leonard Harper, as well as readying his memoirs. [via Houston Culture Map]

The duo – whose last record was 2010’s Tron OST – have yet to release any firm information about their fourth studio album. Rodgers isn’t the first high-profile musician to be linked with the album: there have been (as yet unsubstantiated) whispers about Panda Bear also being involved in the sessions. Another purveyor of woozy pop par excellence, Ariel Pink, recently re-voxed the pair’s ‘Solar Sailer’.