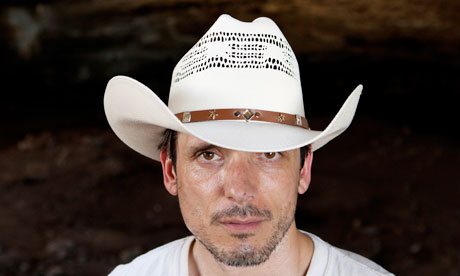 Deller didn’t take home the Turner until 2004, but the London-born artist been subverting expectations in the mediums of both visual and aural art for the past two decades. His interest in the convergence of art and music has, in fact, often been at the forefront of his work, most notably on 1997’s Acid Brass work where traditional brass bands performed arrangements of classic acid house and techno.

Deller’s release with the Vinyl Factory features a live recording performed by Chuck, a singer and musician who often plays along the South Bank. Deller heard him playing and liked his take on classic songs, compounding his ongoing interest in cover versions “that surprise you, and that add to songs we already know”.

Deller invited Chuck to a recording studio in West London, where they recorded two tracks live, direct-to-disc. Chuck recorded two cover versions, one of Johnny Cash’s ‘Folsom Prison Blues’ and one of ‘Island in the Sun’, by Harry Belafonte.

On the front of each sleeve will be an individually printed 13cm square photograph of Chuck performing on the Southbank, taken by Deller, hand-dipped into the centre of each cover. The record will be released on 180-gram heavyweight vinyl, cut at 45rpm, pressed on the EMI 1400 in Hayes, Middlesex. Each copy of this edition of 100 will be hand signed by Deller.

This collaboration between Deller and The Vinyl Factory coincides with Deller’s first major retrospective solo show at the Hayward Gallery, opening February 22, 2012. It will be released on Monday, February 20, and is available to pre-order now. 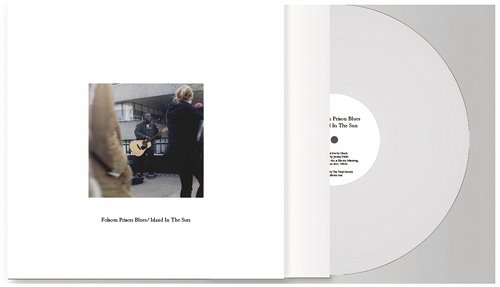