How To Dress Well talks new album, covering Xiu Xiu and “how weird everything is getting”

Photography by Jakob Axelman It’s only been a year since Love Remains, the debut album of phantasmagoric R&B from How To Dress Well, was released by Tri Angle, but it feels like a lifetime. Since the acclaimed second edition of the LP came out in early 2011 – it was originally issued by Ledse Records […] 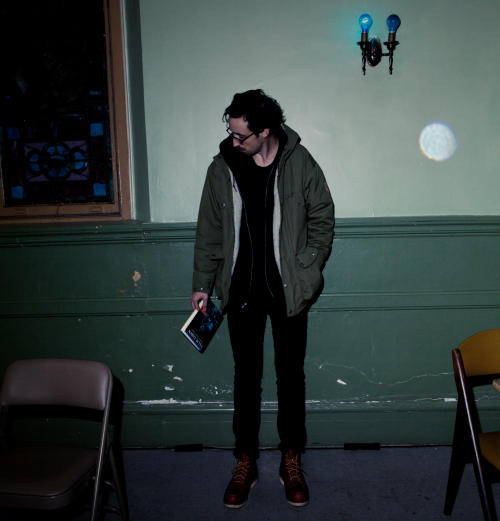 
It’s only been a year since Love Remains, the debut album of phantasmagoric R&B from How To Dress Well, was released by Tri Angle, but it feels like a lifetime.

Since the acclaimed second edition of the LP came out in early 2011 – it was originally issued by Ledse Records in 2010 –  HTDW, real name Tom Krell, has settled in Chicago, toured the world extensively, and chipped away at his eagerly anticipated sophomore LP, expected to see release later this year. He’s also found time to contribute a song, a cover of Xiu Xiu‘s ‘Clowne Towne’, to a fundraiser compilation for start-up publication Ad Hoc, the new venture from Ric Leichtung and Emilie Friedlander, creators of the late Altered Zones.

You can listen to HTDW’s version of ‘Clowne Towne’ here. Below, Tom talks us to FACT’s Luke Francis about his plans for the year ahead, his thoughts on the one that’s just concluded, and what we can expect from his new LP.


“The new album really captures what I’ve been feeling and thinking and what I want my music to be.”

What have you been up to since we last heard from you?

“Touring a bit, which has just been such an incredible inspiration. And, also, playing live has taught me so much about so much – my body as an instrument and as something which I have an incredible capacity to abuse when on tour, about how people respond to live music, to performers, oh so much other shit and life and the world…

“Beyond that, I’ve just been working hard, very hard on a new record – I’m so incredibly proud of this next LP, it really feels to me like I’ve done exactly what I set out to do, which is a really thrilling thing to be able to say. As an artist, it’s such a rare feeling, to have achieved something that feels definitive – I mean, the record has grown and changed since I first started on it, but it really captures what I’ve been feeling and thinking and what I want my music to be.”


“It’s about opening my heart, opening myself, to receive an address from myself I’ve been waiting for, for too long.”

How hard has it been to re-focus and begin creating in the studio again after the success of Love Remains?

“It hasn’t been hard. I mean, I record constantly – I just finished mixing a song for the record that I recorded the day Love Remains came out! If anything, looking at Love Remains as something ‘in the past’ and ‘out there’ and ‘finished’ has really taught me a lot – like, the album is such a precise expression of the affective situation I was in for a few years, one which feels like it’s in the past for me, one which I can now reflect on and see as something which is still with me but also as something I’ve overcome.

“This next album is about opening my heart, opening myself, to receive an address from myself I’ve been waiting for, for too long. A testament to the power of naive sentiment, the importance of vulnerable wistfulness, and to the rarity of bliss.” [laughs] 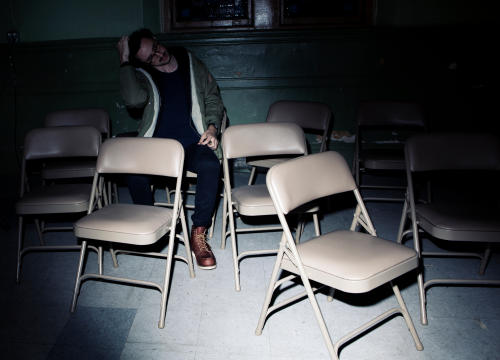 What prompted you to cover ‘Clowne Towne’ for the Ad Hoc compilation?

“First off, Xiu Xiu is one of my all-time favorites – I want to hang with Jamie Stewart so badly! Fabulous Muscles is one of my all-time fave records, and ‘Clowne Towne’ is definitely in my top 10 all-time songs. I love the musical composition so much, but I’m especially attracted to the story, the openness of it, the way it treats incredibly complex emotions in a language that is deeply sad but not falsely heavy – very straightforward and almost trite but never cliché, and never totally transparent.

“I was going to do something else until like two minutes before recording…I was in Sydney to play a show and right before I went on the radio to sing I was going to do my song ‘Decisions’ – but I was tired, a bit worn down, and ‘Clowne Towne’ just felt right….I actually hadn’t listened to the song for maybe three or four months when I sang it!


“I want to hang with Jamie Stewart so badly!”

How did you enjoy 2011 as a listener? On your blog you were digging everything from A$AP Rocky to Call Back The Giants…

“Wow, 2011 was so sick for music. So much good shit. Plus I got to tour with, work with, and meet such sick artists: Holy Other, Grimes, OFF is Love (who is amazing by the way), Pete Swanson, Frank Ocean, Elite Gymnastics, Grouper, Shlohmo, She/Color, Korallreven Boys, so many others! Like, these are a bunch of my fave artists, people I’m a total fanboy for! To meet them was awesome. As a listener it was just radical to see how weird everything is getting and how people are opening up in such promising ways.”

What are you looking forward to in 2012?

“Hmm…that’s a good question…more Spaceghostpurrp for sure…um…I’ve been in Chicago for a year now and I’m really stoked on what’s happening here – King Louie, The-Drum, Supreme Cuts, the whole Flight Muzik crew…beyond that, I don’t really know what’s coming – and that’s super-exciting. I’m just stoked to see where everything goes, not being able to anticipate things.”


“It’s been radical to see how weird everything is getting and how people are opening up in such promising ways.”

Why did you decide to contribute to the Ad Hoc compilation in the first place?

“I mean, for a variety of reasons…as a listener and lover of music, I feel like there’s been a bit of a slowdown in terms of the new shit I hear – maybe this is a false feeling, but it seems like we’re in need of a new channel to shine light on some smaller acts, up and coming shit, shit which is pushing things forward beyond the present. We need a really independent spot too, because a lot of non-independent music is cashing in on the cache of indie and outsider vibes, which is sick, but because they have big pockets backing them, they can overshadow the smaller people. I mean, I was sad to see Altered Zones go – like, where else could I post about J’ai Pas Someil by Claire Denis?!”