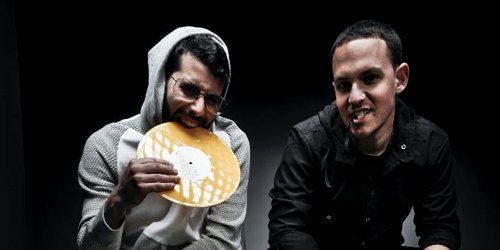 Titled EFUNK, it will be released through long-standing associates Wolf & Lamb on April 20, and goes heavy on the collaborations with vocalists, including Lazarus Man who keen-eared house fans will recognise from his work with German producer Stimming. Longtime advocates of hip-hop culture, Soul Clap have made their name in recent years on both their original productions and their infamous vinyl-only edits, as well as their DJ sets. Last year, they joined forces with Wolf & Lamb for a four-man contribution to K7’s DJ-Kicks series of mix CDs.

A slightly tongue in cheek press release reads thus: “EFUNK´s intermissions flash back to the days of [Soul Clap]’s childhood in Boston, USA, where they were beamed to earth to begin their journey to master the strange new worlds of dance music. The last decades before the millennium still loom large in their style. As children of the 90s, the sound never leaves their crates and they traverse the globe resurrecting their memories in the form of the infamous 90s Jam events.

“Soul Clap´s training goes beyond history lessons to mastering all the elements of the DJ: knowledge, mixing, programming, performance and experience. As true conquerers of all earth territory, their EFUNK mission shares a magnum of wisdom, its timeless frequencies bringing new levels of consciousness through time and space to be shared for many moons to come”.