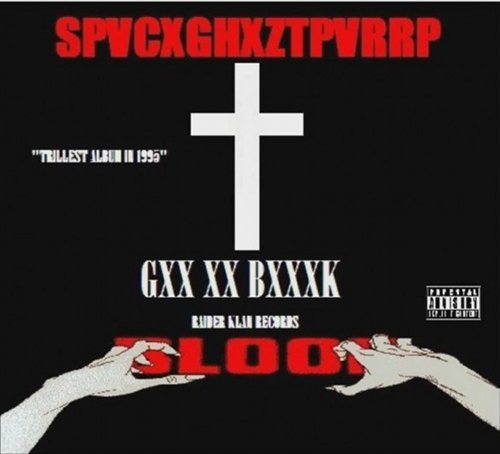 A$AP affiliate and Raider Klan member Spaceghostpurrp has been pushing an ultra-dark brand of ’90s Houston and Memphis-indebted hip-hop for a couple of years now, but on his new mixtape God of Black, the Floridian rapper’s voice seems more unique and more developed than before.

In the past, it might have been easy to dismiss SGP as a tribute act (right down to his Facebook bio, which describes him as an “underrated rapper from the ’90s”), but God of Black sounds totally unique: a claustrophobic record filled so densely with black smoke that it sounds charred to the ground. It’s also Spaceghostpurrp’s most consistent mixtape yet: whereas before his flow could grate in the wrong circumstances, here it’s a lot easier on the ears, and there’s some genuine moments of poignancy in his lyrics. Opening track ‘Mystical Maze’ is as good a route in as any, with samples of what sounds like distant fire, thunder and looped screams over a minimal 808 beat, and a vocal performance that actually recalls classic Mobb Deep before it does anything from the South.