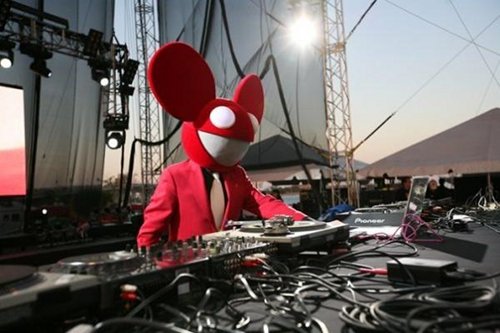 Lil Wayne, Chris Brown and The Foo Fighters will also feature in the ‘ambitious’ performance.

The 2012 Grammy Awards take place this Sunday, and Deadmau5 and David Guetta will helm an eyebrow-raising medley. The Foo Fighters will perform a retweaked version of their track ‘Rope’, and Chris Brown – who found out today that he will remain on probation for his 2009 assault conviction – will make an appearance. If things weren’t odd enough, Lil Wayne is also scheduled to pop up too.

The performance is being trumpeted as the first time that dance music has been given prime billing at the event. In the words of Grammy producer Ken Ehrlich : “We decided to go all out this year…all we’re going to try and do next week is to try and put the home audience in the middle of it”. Although the ceremony proper will be taking place at the Staples Centre, the medley will be performed in a 1000 capacity off-site tent.

It’s a matter of taste as to whether the performance will be an interesting curio or the pitiful nadir of the mainstream’s current fascination with amped-up Eurodance. Either way, it’ll probably still be better than that Paul McCartney/Jay-Z/Linkin Park cover of ‘Yesterday’.

Both Deadmau5′ 4×4=12 and Guetta’s Nothing But The Beat are both up for best Dance/Electronica album. Cut Copy, Robyn and Skrillex are also nominated in the category. Kanye West is the most nominated artist overall, with seven nods under his belt.