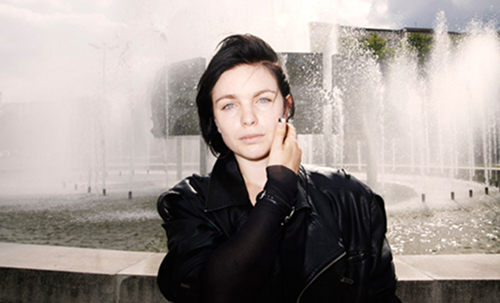 Both are expats living in Berlin – the UK-born Emika, repurposing dubstep’s constituent elements as sinister, nocturnal pop; and Jimmy Edgar, whose own songcraft is wrought from the sparse, funky electro of his native Detroit.

‘Hit Me’ is taken from the single ‘3 Hours’, out on February 13 – the latest from Emika’s eponymous debut album, released last year. As you’d expect, Edgar’s influence manifests itself in a kind of gratifying sleaze – all tactile basslines and 808 bombast. Emika’s sinister intonations could seem out of place, but she warms to the theme nicely, allowing just a hint of seduction to creep into her voice. It’s all capped off with an unexpectedly euphoric chorus, vocoders and all. As a collaboration, this could have legs.