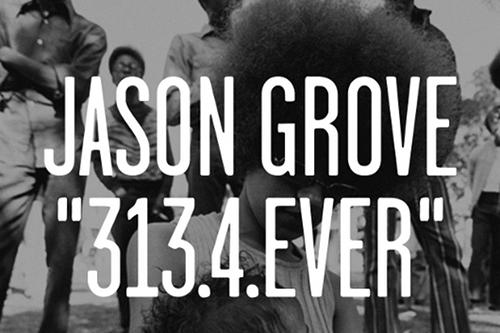 Jason Grove has been working at the peripheries of the Detroit techno scene since the late 1980s.

Despite building a local following as a DJ and producer, Grove refused to release his music through conventional channels. Instead, his records – pieced together using strictly analogue materials – were distributed by cassette to independent music stores in the locality. On February 20, French label Skylax Records – who have also chalked up releases from Mr Fingers and DJ Sprinkles – will release 313.4 Ever, a compilation of some of his most essential transmissions.

Grove’s cottage approach to distribution is reflected in the music. The tracks on display are warm, enveloping, emphatically human. Highlights include the boogie-jam ‘Leave It For Today’ and ‘The Path Of’, where a thick analogue lead is spotted with fragments of voices, like flies stuck in ointment.

The album is currently available to stream through Skylax’s Soundcloud [embedded below].