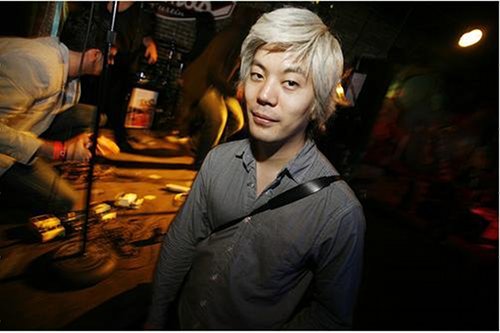 James Iha is set to release his first solo album since 1998’s Let It Come Down.

Since the dissolution of the The Smashing Pumpkins in 2000, Iha has been no slouch. He’s worked on film scores, set up Scratchie Records, and put in time with alt.rock dream team A Perfect Circle alongside Tool’s Maynard James Keenan. He was also a notable non-participant in the Pumpkins’ recent reunion(s). Now, Iha will be striking out on his own with Look To The Sky, his first solo record in almost a decade and a half.

Although no news has been forthcoming from Iha directly, the album is being listed on Amazon Japan for release on March 14, courtesy of EMI. The record will follow hot on the heels of a remastered and expanded edition of Let It Come Down, slated for release in February. That first record eschewed the pricklier elements of the Pumpkins’ work in favour of lush, swooning guitar-pop. If that same melodic sensibility is intact on the new album, it should be well worth a listen.