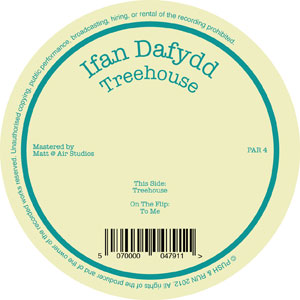 Welsh producer who famously sounds a lot like James Blake but is clearly an extremely talented musician in his own right and so on and so forth, Ifan Dafydd has a new single out. To be fair, ‘Treehouse’ is a less obviously Blake-aping than ‘No Good’, Dafydd’s vinyl-only debut from last year: the way he treats the vocals is still only gonna remind you of one person, but he seems to be developing his own sound around them. He also, if the video for the track is anything to go by, has a penchant for pandas. You can watch it below.