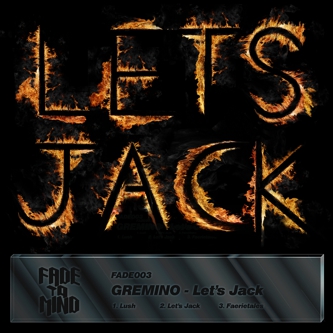 Gremino, a Finnish producer who’s been releasing heavy, grime and techno inspired dance music for a few years now, is behind the next release on Kingdom’s Fade to Mind label (effectively a US sister label to Night Slugs). There’s absolutely zero pissing about when it comes to ‘Let’s Jack’: it’s slimline acid techno, with no interest in anything bar the bare essentials and more similarities to the label’s last release, by the recently FACT-featured MikeQ, than you might initially think.