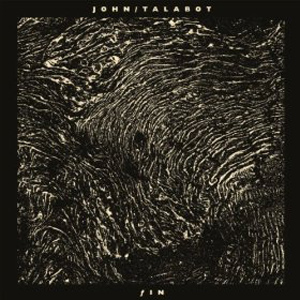 ‘Sunshine’, John Talabot’s 2009 breakthrough release, made good on the promise of that title. Its propulsive four-to-the-floor stomp and Balearic tics were summery and sunstruck, recalling the giddy psychedelia of fellow Barcelonian El Guincho. Talabot, however, has always considered his music to be much darker, danker, and crucially stranger than that. His last EP, 2011’s Families, was a stylistic grab-bag, moving from carnival stomp-and-swirl (‘Lover’s Tradition’) to hip-hop indebted collage (‘Lamento’). More than anything, it seemed eager to stress that Talabot’s work is music for all seasons. Perhaps unsurprisingly fIN continues this process, resolutely foregrounding the more disconcerting elements of his sound. This is a bright and bold record, but one where the light is cast by a glitter ball rather than a sun beam. The signatures of tropicalia are still present and correct, but the mood is somehow icy, frosted, and glacial.

Album opener ‘Depak In’ is a mission statement of sorts. All the hallmarks of tropicalia are here: rainforest hiss, processed chirrups, the cry and counter-cry of woodblock and bongo. Yet Talabot sets these details against a pneumatic hum and a crawling disco beat that sounds like chisel on ice.  The tropes might be Amazonian, but the mood is Antarctic, and the effect is more than a little uncanny. If fIN has a defining sound, it’s this: an indeterminate mixture of moments at once sunny and gloomy. The nods to disco and use of space might bring Lindstrom to mind, but Talabot’s ear for crystalline detail just as readily recalls the pristine soundscapes of Pantha Du Prince. There’s no shortage of dark moments in the first half of the record: airlock jam ‘El Oeste’ – a forboding morass of burbling analogue synthesisers – sounds like a Mark Pritchard track turned horizontal, while ‘Oro de Sangre’ lets horrid monkey cries loose over a thick darkwave synth. If much of the music Talabot has previously been associated with evokes ease, this is intensely romantic, and frequently affecting. It’s defiantly uneasy.

If fIN‘s success lies in its ability to conjure a winningly ambiguous combination of ease and unease, then its weakness lies in its ability to sustain it. The second half of fIN takes all sorts of stylistic swerves, from the beatbox crunch of ‘Estiu’ to the cut’n’paste samples and Sugar Hill shuffle of ‘Last Land’. Interesting as these experiments are, they undermine the distinctive mood cultivated in the first half. Furthermore, it’s far from clear what the numerous vocal features bring to the party. Instead of adding to the mood, Pional’s gossamer-thin vocals on ‘Destiny’ do real damage to Talabot’s delicate atmospherics. The twee vocal turn from Ekhi is, well, icky.  Closer ‘So Will Be Now…’ – a compelling slice of slinky, velvety electro – works in spite of, rather than because of, Pional’s nondescript contributions.

Despite its patchier moments, fIN‘s effective command of light and shade make for an involving listen, and it’s a sound that’s pretty much Talabot’s own. Though there are moments where the record lags, his modus operandi is distinctive throughout, and at its strongest, fIN’s chilly gleam is at once alluring and foreboding. It’s there in that title: the water’s inviting, but something threatening is lurking under the surface.