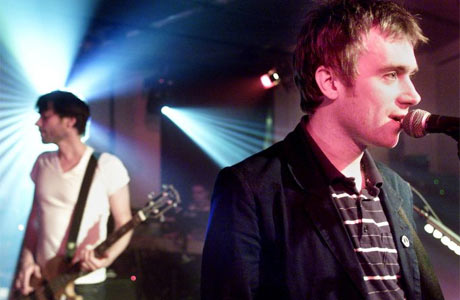 True to his word, this weekend Coxon and Damon Albarn debuted the first new Blur song since 2010’s ‘Fool’s Day’, released as a limited edition vinyl single for Record Store Day, as part of a short set to close a War Child pre-Brit Awards fundraiser at the O2 Shepherd’s Bush Empire. Titled ‘Under the Westway’, it’s a piano-driven track presumably inspired by the West London flyover – Albarn claimed while introducing the song that it had been “written up the road from here a few weeks ago.”

You can stream crowd footage of the song below.