At the Drive-in will not be recording a new album 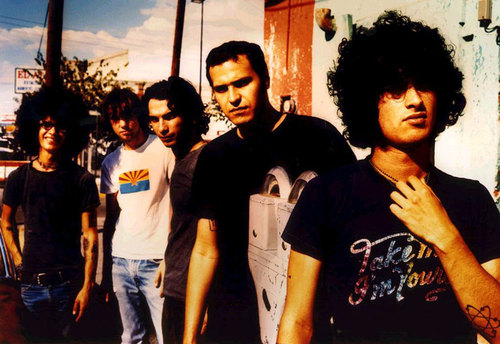 As Pitchfork reports, At the Drive-in may be reuniting, but they will not be writing or releasing any new music.

Guitarist Omar Rodríguez-López told Kerrang! [via NME] that while the band members had patched up their differences, they had no intention of recording a new record: “Will there be a new album? No, no, no. At The Drive-In is more of a nostalgia thing – it’s songs we wrote when we were all in our 20s and we’re doing a couple of shows.” He also added: “It’s an old T-shirt that doesn’t fit me any more, but when you put it on, it feels nice. It’s as simple as that.”

In an interview with NME, Rodríguez-López had said, “We’re not getting any younger and there’s been an offer of money every year. You’d be a fool and a politician to pretend that wasn’t part of it.” While ATD-I fans might be disappointed to learn that there won’t be a new album, they certainly can’t fault Rodríguez-López for dishonesty.