Introducing the duo behind one of 2012’s best singles. 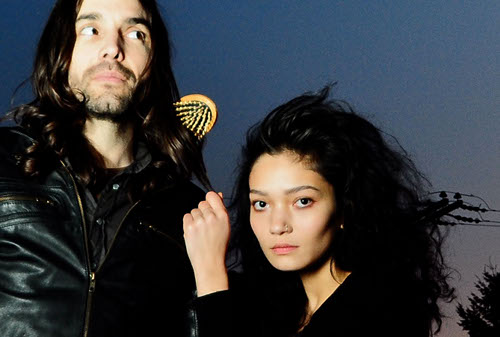 We were quite pleased with ourselves when we stumbled across Evy Jane.

It was through their debut single, ‘Sayso’, which is out this week. As we observed at the time, it’s sublime music for deep winter evenings (judging by the video, which you can watch below, they think so too), subdued and soulful in equal measure. There are definite parallels with a lot of the nocturnal R&B doing the rounds at the moment – The Weeknd, Clams Casino et al – but Evelyn Mason and Jeremiah Klein are even colder than that, creating bleak, sparsely populated landscapes for Mason’s voice to wander forlornly through.

FACT’s Angus Finlayson got in touch with the Vancouver residents to find out about life-changing epiphanies, the importance of the visual and their love for UK sounds.

First off, could you talk about the role each of you plays – does Evelyn exclusively sing and Jeremiah handle the production?

Evelyn Mason: “It’s different all the time. On ‘Sayso’, for example, Jeremiah sent me that track to write to two summers ago. I didn’t really get inspired to finish it until I was in a car on the way to my first show. I had the lyrics, but I was like, ‘What kind of melody would R Kelly sing?!’. I like his melodies. My voice is my best instrument, and I’ve been surprised to find that electronics can come pretty close to allowing me to make the music I hear in my head.”

Jeremiah Klein: “Yeah, Evelyn’s the singer. I tell her what I like but she does the magic and yeah, sometimes she comes up with a riddim that I work with and we both turn it into something we like. Much like a band I suppose, it’s a back and forth process.”

Also, just to clarify – is Evy Jane the name for the project, i.e. both of you, or is Evy Jane just Evelyn?

EM: “The project started out as something I was doing by myself. I made some demos in Garageband and I was going to get Jeremiah to produce them so I could put out a little EP, but I definitely lacked focus, stylistically. When Jeremiah and I started writing together, I gained a lot of clarity. We decided to make it an official collaboration. The music was already starting to get noticed under ‘Evy Jane’, so we thought it was best to stick with it.”

I gather you both have quite long histories with music. What other projects you’ve been involved in?

EM: “I sang blues and jazz and did musicals in high school, then settled in Vancouver in 2010 and did backup singing for my childhood singing teacher’s daughter. She and I went on tour with an LA rapper, opening up for DJ Shadow. We actually opened up for Lil Kim when she came to Vancouver, probably the coolest thing I’ve ever done.”

JK: “I started out producing about six or seven years ago. I did a number of collabs with Max Ulis and Taal Mala under our SUB OSC moniker. We ended up doing a remix of ‘Humanoid’ for Brian [Dougans] from Future Sound Of London…which was kinda crazy at the time for us. I’m also in a local Vancouver band called Basketball. We’ve thrown some notorious parties, which actually, in part, led me to Evelyn – I heard her voice and was blown away, I gave her the riddim that became ‘Sayso’ and shortly after that she got back to me with the bridge vocals and I melted. Everything was a perfect fit so we just kept making tunes.”


“Vancouver’s music community is actually pretty amazing once you move past the freak folk and the conscious female rap.”

How do you find the scene in Vancouver for the music you’re making?

EM: “I never planned on living in Vancouver and chances are I will leave in the future cause it’s such a rainy shit-hole for like nine months of the year. But the music community here is actually pretty amazing once you move past the freak folk and the conscious female rap. I found a lot of forward-thinking producers. Good noise bands. Grimes is from here, and Babe Rainbow, Blood Diamonds and Max Ulis and Taal Mala.”

JK: “Yeah there’s definitely a great community of musicians, fellow producers and music lovers here. My homies the Lighta! crew made a name for themselves throwing dubstep parties – and by that I mean good dubstep, before it became whatever sub-genre of itself it is now.” 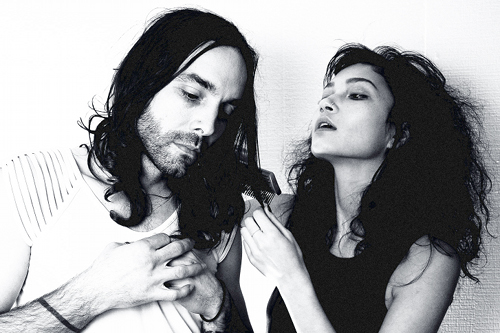 Your biog on the King Deluxe website mentions you’re influenced by “UK bass”. How closely do you follow the sounds coming out of the UK? Are you conscious of injecting something uniquely “Canadian” into the mix?

EM: “UK bass is something we both take a lot from for this project. I have a close friend from the UK who introduced me to basically all the music that I ever longed to exist. I remember him looking through my iPod and being like, ‘I’m very disappointed in you’. He pointed me towards Vex’d, Digital Mystikz, Burial and Four Tet. Also, grime. I fucking love grime. As for how ‘Canadian’ we are – there is a distinct West Coast bass music scene, but I don’t really know if we are a part of it. I think the video for ‘Sayso’ is very Canadian. It was shot between our friend’s farm and the back yard of my family home.”

Hearing ‘Sayso’, it struck me that you’ve got a lot in common with other artists making various forms of melancholic R&B/hip-hop at the moment – the Weeknd, say, or Clams Casino. Have those artists provided inspiration?

EM: “I’ve listened to the Weeknd and I was ready for the comparisons, haha… The [comparison with the] nu-R&B movement is pretty apparent. I think people are open to us thanks to that movement. I think the real root of inspiration for us is just applying ourselves to pop. Jeremiah tends to make sexy music, and I grew up wanting to sing pop and R&B. Right now I am writing for the dancefloor – dancing is my favourite activity.”

JK: “Yeah, we’re just doing what we like and what is natural for us – Evy grew up singing in jazz bands so her voice naturally leans towards that and my electronic production is heavily influenced by artists like Burial and plenty of other lo-fi artists, not just electronic ones.” 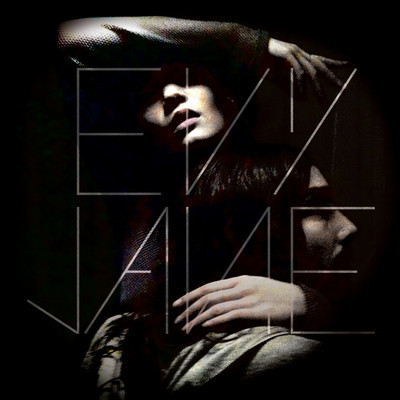 I gather you’ve been performing live for a couple of years already. How does your music work in that context as opposed to on record? And why has it taken you so long to get a single out?

EM: “These past years I’ve had a life-changing epiphany every three months. If Jeremiah had been less busy, we probably would’ve recorded a bunch of country songs, some psych-pop songs, and then a punk song or two. I think it was better this way, though. Performance-wise, we like it to be as fluid and live as possible: Jeremiah will play the guitar a bit, and MPC, live bass, sorcery. I do live vocal processing/sampling and looping, and I play the synth.”

JK: “The reason it took us so long to get this single out is partly my fault. I was wrapping up a record with Basketball as well as producing and writing for others.”


“The more you put into the audience’s experience, the stronger the connection you create can be.”

The video for the single is beautifully shot. How important is it for you to have a visual corollary to the music? Is image something you consciously consider as a band?

EM: “Having a visual counterpart to our music is a focus for us. I have a vision/identity – if I’m going to try to portray it, I might as well go all out. Also, I’m kind of easily distracted, and sometimes if a mysterious song is just sitting there on Soundcloud, I have less incentive to play it. Basically, there are a lot of people making music – the more you put into the audience’s experience, the stronger the connection you create can be.”

What are your plans after this single?

JK: “Yeah definitely, more tunes and more shows, tour, etc. At least another EP in the next few months.”

Angus Finlayson
‘Sayso’ is out now digitally on King Deluxe; vinyl to follow.