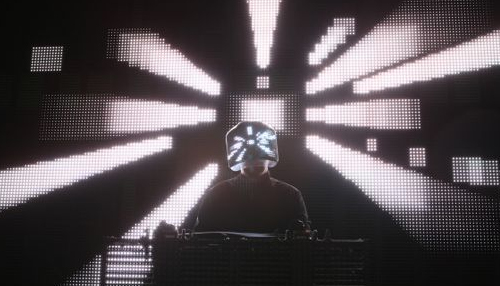 Squarepusher will return on May 14 with a new album, titled Ufabulum.

Not much is known about the record at this point, bar the fact according to a press release ‘Pusher has started “thinking about pure electronic music again. Something very melodic, very aggressive”.

This marks the first album by Squarepusher – an integral Warp artist since the late ’90s, and forever associated with labelmates Aphex Twin and Autechre – since 2010, when he teamed up with a “band” (which may or may not have just been Squarepusher) called Shobaleader One for d’Emonstrator.

You can watch a trailer for Ufabulum below; Warp will be releasing it on May 14.