Earlier this month, Sam Haar and Zach Steinman released their debut album as Blondes. The self-titled LP collects six tracks from the duo’s three limited edition 12″ releases on RVNG Intl., plus previously unreleased ‘Gold’ and ‘Amber’, both improvised and recorded in single takes. A bonus disc features remixes from the likes of John Roberts, […] 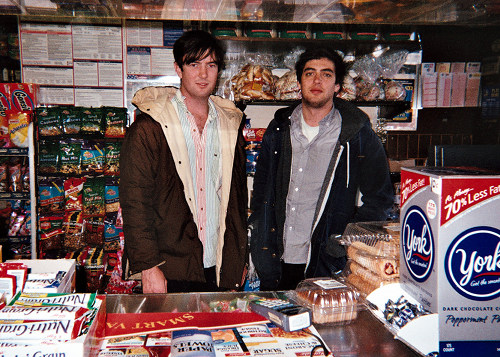 Haar and Steinman met at Oberlin College in 2003, but Blondes was born later down the line, when they were both living in Berlin. The project reached maturity when the duo eventually settled in Brooklyn, and the music it’s yielded – inspired by house, vintage German electronic music and cyclical minimalism, among other things – has deservedly garnered great acclaim.

FACT’s Tam Gunn spoke to Blondes after their live show in London last week to talk roots and goals; a transcription of their conversation follows. Before, after, or even while you read it, watch this short video introduction to the band, including footage of their pre-show in-store set at Phonica Records in London last week:

Film by Anoushka Seigler and Kamil Dymek for The Vinyl Factory

How did your relationship with RVNG Intl. came about? It seems to be something that makes sense, musically, and I guess that you had faith in  – seeing as you did three singles, and it was announced quite early on that they’d make up an album.

Zach: “Well Matt from RVNG first contacted us after a show, on MySpace.”

So this was a while ago then…

S: “Yeah, it was a while ago. We also played some shows for Dave P, who sort of ran RVNG with Matt… sort of. But they were connected, and through that we had a conversation about doing a release together. It wasn’t originally gonna be the trilogy, we didn’t know what we were gonna do – it kind of just came about naturally, the whole trilogy of 12”s.”

Z: “The ‘Lover’ / ‘Hater’ single just went really well, and it turned out we liked working with each other, so we were like ‘yeah, let’s do some more!’ And then that became, ‘hey, let’s do it digitally – with remixes!’ [laughs] it was a very organic process.”

S: “Yeah, it’s funny because I can see how it could feel really pre-meditated, but it wasn’t really. Every decision we made was just logical for the place we were in. And doing 12” singles made sense for the way we were making music at the time, which was just pairs of tracks. It was very natural for us.” 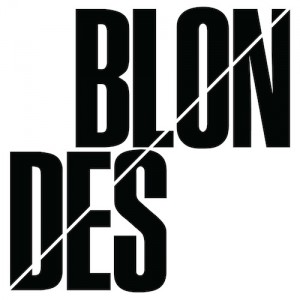 Well that was something I wanted to ask: with the way the records came out, were you focusing on the music as part of a two-track single or as part of an album? But I suppose you’ve already answered that.

Z: “Yeah definitely, [the latter] was the case. They’re really sets of two… and it was fun to make it part of a meta-set of two, with the remix disc.”

I know the early 12” you did on Merok, but I’ve never heard any of your other early material – what sort of music were you making prior to RVNG?

S: “Well the Merok EP was very much like, just a collection of tracks that we’d been playing live around that time. It was a lot less house-inspired; I mean obviously they’re 4/4 – it was inspired in that way, but they were a little more chill, a little more swirly, a little more… stoner-y?”

Z: “A lot more stoner-y. Much more Kraut-y, too. They were simpler too, I don’t think we were trying to do as much – the way we were building the tracks wasn’t as layered.”


“We played in some pretty weird improv bands.”

Is that the kind of background you two are from? More of a synthy, Kraut-inspired, experimental one?

S: “I’d say that’s where the start of this project comes from.”

Z: “We played varying types of music at different times at our lives. We hadn’t worked on any kind of project that sounds like this one, if that’s what you’re asking?”

Kind of. It seems more and more, especially in New York, that there are people from experimental backgrounds making dance-orientated music – people like Ital and Laurel Halo. Is that the case with yourselves?

Z: “Yeah, for me – I used to make much more sort of experimental, avant-garde sound art kind of stuff. I studied electro-acoustic composition at school and stuff, so for me it’s very much coming from that background. And we played in some pretty weird improv bands at times… [both laugh] Some of them were kind of Excepter-y, I guess.”

S: “Yeah, we were into Excepter at college.” 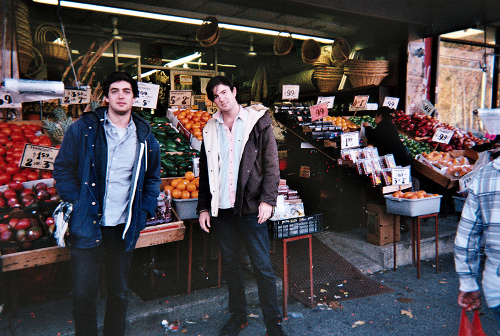 Well one of the guys from Excepter now makes techno, so that makes sense.

Z: “There’s definitely something in New York, like two, maybe three years ago I really started noticing that the guys who were making experimental, or noise stuff, had started using tonality and beats – kind of reappropriating the music that, for years in the States had been ignored, maybe because of what trance had done. Like ‘oh wait, we can actually do something cool with this.’”

If you look at 4/4 as a structure, once that’s there you can pretty much do whatever else you want on top of and around it. In that sense, it completely lends itself to experimentation.

Z: “I think we’ve found a place where we kind of have 4/4 as the bass structure, and then we can get really gestural over it, you know? It’s not locked into too many phrasings – you just kind of jam out over that bass structure.”


“We’d go from playing a show with punk bands one night to playing with a DJ the next. It got a little schizophrenic.”

Does it ever get confusing in a live setting? Like half the crowd expecting a concert, the other half expecting something closer to a DJ set.

S: “It depends on the situation we’re playing in. We get confused for DJs a lot.”

Z: “But then like last night [at London’s Shacklewell Arms], I don’t think there was any confusion, because it was more of a band venue.”

S: “I guess people don’t see us as a band band, but we are – I mean we’re very much live music performers.”

Z: “At the start it was probably more confusing, because we’d go from playing a show with punk bands one night to playing with a DJ the next. It got a little schizophrenic.”

Zoning in a little bit on the album, and the singles that led up to it, what in particular were you trying to evoke with it? Were there any particular goals you’d set out for the music, or even stuff you were trying to avoid?

Z: “I think at the beginning, when we started the music, we were trying to get these long, minimal structures that we could play on top on, and build [on top of]. Inspired by ’70s Kraut stuff. And I think that’s really changed, in the sense that we’ve found the way we want to play, and the sound we want to use, and it’s become it’s own thing now.”

S: “Right, so we’re working with these instruments that we’ve created, and these ways we’ve found of playing – to answer your question, they’re a lot more of an inspiration than any sort of particular genre, or artist.”

Z: “It definitely started off [though] with the intention of creating a repetitive but dynamic space that you can get lost in.”


“We wanted to create a repetitive but dynamic space that you can get lost in.”

Is it sequenced live? It has that kind of classic reel-to-reel feel about it at times.

S: “Yeah, we both have samplers, synths, effects pedals, and we run it through a mixer and that’s about it.”

Z: “There’s obviously some sequence patterns that we’ve made before, that we then pull up, but in terms of how it’s put together, it’s live. You have all the building blocks, and you sort of piece them together. A lot of the synth-work’s not even connected, it’s just played. And then we’ll change the patterns, route stuff through effects…”

S: “A lot of it’s also balancing levels, and bringing things in and out… Just trying to create the right dynamic.”