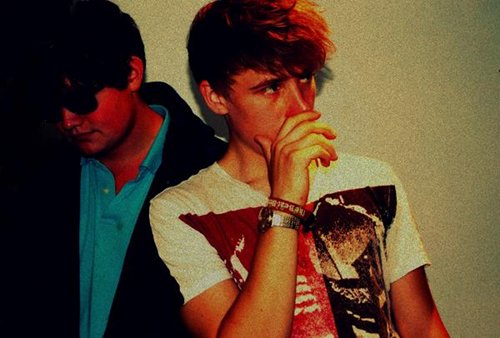 The bushy-tailed Lancaster duo are beginning to cause a stir with their well-crafted productions.

As new software enables people to hear dance music quicker and make it cheaper, producers are understandably getting younger and younger. At seventeen and eighteen, however, Bondax are definitely chicks amongst the spring chickens. Although they’ve been upping tracks to their Soundcloud for a little while now, it’s ‘Just Us’ that has been getting them airplay and attention.

At first listen, and despite the claims of the title, ‘Just Us’, doesn’t seem to be doing anything especially unique: dubbed out vocals and off-kilter beats are hardly distinctive calling cards these days. But repeated listens show that Bondax’s music is full of unusual touches. The way the icy atmospherics give way to crisp two-step bounce at the halfway mark; the chopped up sibilants and fricatives sprinkled into the mix; the surprisingly punchy kick-drum – there’s real ambition at work here. More than anything, it’s a sensuous record, by turns balmy and chilly.

An as-yet-untitled EP is due out on SUPER (not to be confused with McFly’s label of the same name) in the coming months. ‘Just Us’ is available to stream and to download below, via the Boiler Room.