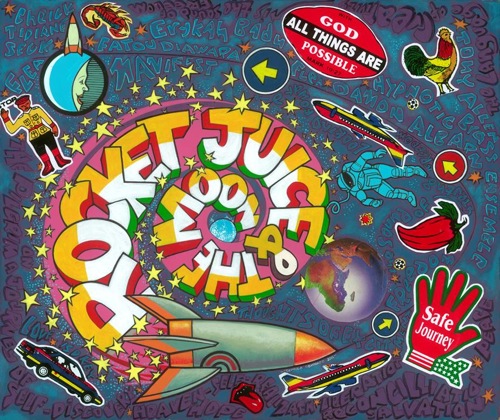 Rocket Juice and the Moon will release their self-titled debut in March.

Whether it be that Guetta and Deadmau5 Grammys team-up, or the mooted Diplo/Skrillex/A-Trak coalition, we’ve had to report on some pretty inauspicious collaborations in recent weeks. Thankfully, we now have a much more promising supergroup to look forward to.

Rocket Juice and the Moon is a collaborative project between Damon Albarn, The Red Hot Chili Peppers’ Flea and drummer Tony Allen. According to Pitchfork, the band will release their eponymous debut on March 26 via the peerless Honest Jon’s label. As a taster for the record, the site are also hosting the lithe ‘Hey Shooter’, featuring vocal contributions from Erykah Badu.

The three members of Rocket Juice and The Moon are all pretty promiscuous collaborators. Allen was part of Albarn’s The Good, The Bad and The Queen project alongside The Clash’s Paul Simonon. Flea, meanwhile, is part of Thom Yorke’s Atoms For Peace ensemble. And Albarn’s list of co-conspirators is, of course, far too extensive to delve into here. The track list for Rocket Juice And The Moon is below: