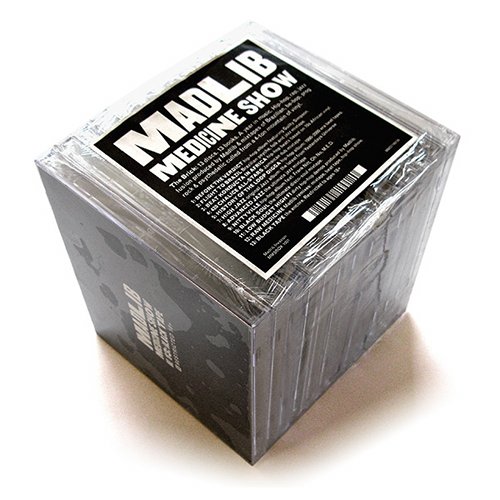 All 13 albums of Madlib’s Medicine Show project have been compiled as one package, simply titled The Brick.

Obviously 13 albums is a lot to expect even the most dedicated fan to buy, so it’s a smart move for Stones Throw to package them together. The Brick will set you back $99; shipping from the label is expected on March 27.

Back in 2010, FACT contributor Mr. Beatnick compiled the Essential guide to Madlib’s work, both solo and collaborative. It’s a great, great piece, and you can read it here.