‘Whirlpool’ Slava Balasanov’s Soft Control is an exercise in pure shimmer. It gleams brighter even than the elaborately manicured fingernails depicted on its cover. But it’s not lacking in grit, either. Released earlier this month on Dan ‘Oneohtrix’ Lopatin and Joel Ford’s Software label, Soft Control finds Moscow-born, Brooklyn-based Slava Balasanov – who has previously […] 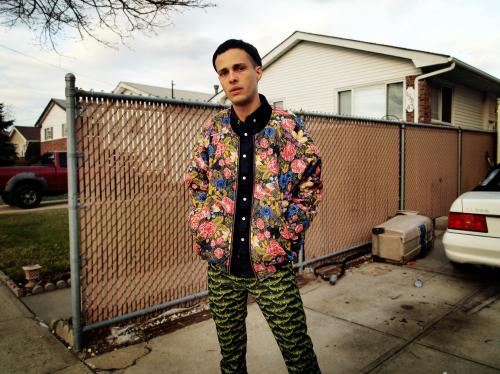 
Slava Balasanov’s Soft Control is an exercise in pure shimmer. It gleams brighter even than the elaborately manicured fingernails depicted on its cover.

But it’s not lacking in grit, either. Released earlier this month on Dan ‘Oneohtrix’ Lopatin and Joel Ford’s Software label, Soft Control finds Moscow-born, Brooklyn-based Slava Balasanov – who has previously released music on labels like Hieroglyphic Being’s Mathematics, Future Times and his own Moment Sound – hooking prismatic techno synths and honey-drip harp-runs onto vigorous footwork rhythms – imagine, if you can, a coherent collaboration between DJ Roc, Convextion and Alice Coltrane, and you’re in the right park.


“It’s about exerting control without the use of overt force – as in seduction.”

“I already liked Oneohtrix Point Never,” Balasanov says, “so when Daniel Lopatin approached me to do this record me I was like yeah, totally. Working with musicians you respect as label bosses is as good as it can get I think. Same goes for working with the Future Times crew and Jamal at Mathematics. You can trust that they actually care about the music and not just record sales and hype.”

The album’s contents and sequence were selected by Slava and Lopatin from a large collection of tracks, some of which were five years old, others only five months. “Dan described it as a ‘music bouquet’ at one point,” recalls Balasanov, “like picking all these different-sounding songs from different time periods but having them make sense and function as a coherent whole.”


‘I’ve Got Feelings Too’


The title Soft Control refers to Balasanov’s “sort of slow, deliberate shaping of the sound over a number of years”, but it also has a larger meaning. “More generally it’s about exerting control without the use of overt force, as in seduction – the creation and experience of desire.”

Why the footwork rhythms?

“I spent a long time in Chicago,” Balasanov says, “so house music was obviously a huge influence. I was listening and producing a lot of 80s-influenced house, but also listening to a bunch of Dance Mania records. There would also be these moments when I’d catch some south-side radio station and hear all this ghetto house and juke. So I’d go back home and try stuff out on my machines.


“For a while I didn’t feel like I was actually making anything interesting.”

“For a while I didn’t feel like I was actually making anything interesting,” he continues, “so I didn’t start playing that stuff live or recording until years later, but it was kinda just brewing in the back of my head. I was also getting tired of the standard 4/4 dance beats and was looking more to African and middle eastern music for inspiration…so when I heard the more recent footwork stuff I was like, oh yeah! of course! It made perfect sense in terms of the evolution of the polyrhythm and of course sounded totally sick.” 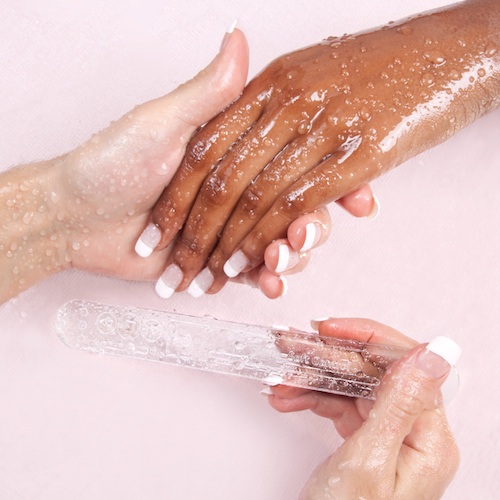 His infatuation with footwork even infiltrated his academic studies. “I ended up writing a whole research paper on this in grad school [laughs]…but the real research was of course making the beats and learning how to use the structures to express my own thoughts.”

It’s rare to hear these kind of tough, stuttering juke drums underpinning such richly emotive, abundantly trippy synth structures. The combination was intuitive rather than premeditated: “I tried making dry, minimal club bangers and every single time, after I worked on the track long enough, it would plunge into these swirls of spacious ambience. I think I’m just into making music that has these deep emotional components, so that’s always going to be a part of my sound.”

The rugged drums remain crucial for organising, and sometimes offsetting, those emotional components, reckons Balasanov. “I don’t believe in wallowing in that stuff, so there has to be something raw and direct to balance it, and the drums function that way. It’s two sides of the same feeling – like if your girl or boy leaves you, you can sit around and feel sorry for yourself or you can go out and rage and hook with a bunch of random people…you gotta have a little of both.”


Slava actually got French tips done himself for the ghetto-fabulous cover art, which is based on a photo of he and his friend Monique Cole showing off their newly spruced digits. “I had the tips for 2 days… I could barely do anything! But for me the picture is evocative of the EP’s general mood: a controlled, tacky decadence, the melancholy of casual intimacy, uncanny eroticism.”

If you’re thinking he talks more like a conceptual artist than a techno producer, that’s because, well, he is one. His most recent work is an installation at New York’s Eybeam Art+Technology, centered around Gifpumper, an “immersive social platform” created by Balasanov for building and exploring three-dimensional rooms comprised of animated GIFs.


“The EP has a mood of controlled, tacky decadence.”

“It’s a pretty new development,” he says of his visual art practice. “Over the last few years I got more into programming, which has always been a part of my background but something I haven’t been actively pursuing. I also became more aware of the internet and the kind of social interactions and experiences people have there. A lot of the stuff I was thinking about I couldn’t easily express or examine through music so I was drawn to explore other media. In particular I’m interested in the way virtual spaces or objects can mediate our relationship to one another or to our physical surroundings.”

Is there an overlap, be it conceptual or practical, between his sonic and visual work?

“I certainly think my approach to making art has been shaped by my experience as a musician. I think all of the important questions like ‘why do I want to make art?’ and ‘what is it that I want to say’ translate pretty well. In the end it’s about being sincerely interested in exploring something and constructing your own interpretation of it. In that sense, it’s a similar process, just different subject matter.”