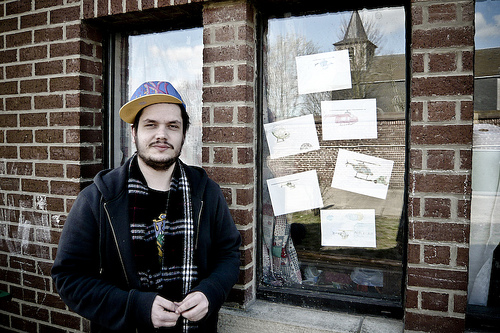 We’ve been digging Belgian producer Cupp Cave since we spotted one of his tracks on the forthcoming Ramp 50 compilation.

We’ve since heard that he’s got a mini-album coming on the label too, which should be a treat. In the meantime, it looks like he’s been keeping busy with a track and video under the Ssaliva alias.

‘Mental Ray’ is pure, unadulterated VHS nostalgia, something like an ’80s surf soap soundtrack heard through the fuggy haze of second-hand memory. The video is the perfect match too, all colour-saturated figures just barely distinguishable through the warped gauze. The track is taken from Sextape Hiss, forthcoming on the producer’s own Surf Kill label.