St Paul’s Carnival will have no soundsystems this year 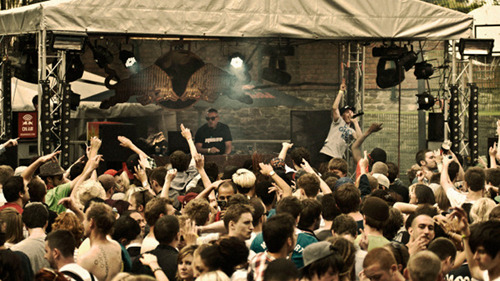 Update: according to reports from those present at a meeting about this last night, there will be no soundsystems.

A poster on the Hijack Bristol forums claims that “There won’t be any soundsytems or a stage thus year, and, it seems, a scaled down procession and kids area. The meeting got pretty heated yes, no fights though, just some manly pushing and shoving. The reason given is that there is a financial shortfall and it has to be scaled down. The reason people are so angry (there were 100s of residents at the meeting- all extremely pissed off) is because no consultation was done before the decision was made, if people were told 6 months ago, they could have tried to raise funds. It’s scandalous this decision has been taken without local feedback. The day festival will finish at 6. There are going to be some evening events in local clubs/pubs. I tried to find out if this was a permanent change, but couldn’t get a straight answer.”

The Save Our Carnival Association (SOCA) are claiming that the Bristol carnival might be scaled back this year,  and relocated to nearby Portland Square.

It could also have no sound systems, street stalls or performance stages, according to the claims being reported by the BBC. A spokesman for the carnival apparently declined to comment.

We hope there’s no substance to the claims – the carnival, now in its 44th year, is a highlight in the Bristol calendar, showcasing the city’s rich musical history across numerous soundsystems. The claims come ahead of a community meeting to discuss plans for the festival. The meeting takes place at the Malcolm X Centre on Tuesday at 6.45pm – all are welcome.