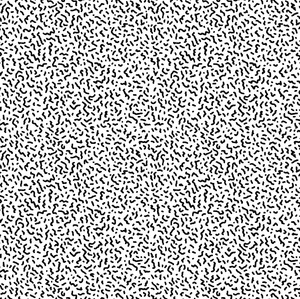 It seems like we are rapidly approaching the alarming point where more music will have been made attempting to replicate the sounds of the eighties than was ever produced during that decade. Hippos In Tanks are no stranger to this trend, but rather than pump out a stream of faux-shoegaze they have thankfully opted to push the vibrant midi-funk of Ford & Lopatin, Laurel Halo’s early techno-referencing Hour Logic, and the industrial-inspired body music of White Car.

The Chicago outfit turned heads with the No Better EP in 2010, and are finally back with a full LP and a press release that reads like the back of a William Gibson novel. Originally a collaboration between songwriter Elon Katz and producer Orian Martin, this time Katz is driving solo, although Martin makes a cameo as that staple of eighties dance acts – the electronic percussionist. All the key musical signifiers are still in place – the uncompromising electronic experimentation of Cabaret Voltaire, the distorted vocals of EBM and the bleakness of cold wave – but the album’s runtime gives Katz more space to bend these tropes around his own personality.

Everyday Grace opens with a burble of sequencer arpeggios dissolving into distorted human cries, continuing the cyberpunk theme of the blurred boundaries between man and machine. At times this can be a self-consciously dark and claustrophobic record, the soundtrack to a warped Cronenberg nightmare where you rip off your skin to find circuit boards underneath. As 808 beats hammer you into submission on ‘Slime The Dog’ and ‘The Factor’, or a solitary synth line cuts through the industrial smog on ‘In The Second Month Of The Year’, it’s becomes clear why Katz refers to his studio as ‘The Techno Dungeon’.

This fetishism for analogue equipment (synths, sequencers and drum machines are the order of the day) gives the album a hard, tangible quality that is hard to replicate, but also means there’s a degree of monotony in Katz’s adherence to a select palette of sounds. Sometimes it feels like his own personality is drowning in a sea of cables and keyboards, a theme he plays up on ‘Terminal Body’ when he wails “Everywhere I go there is the right technology / everything I am in just won’t let me be me”. Yet it never quite succumbs to its technology-induced paranoia, thanks to tongue-in-cheek vocals that can progress from pitched-down monotone into deranged pleading in the space of a verse, while retaining a healthy dose of post-punk irreverence for the source material.

It’s the moments where Katz allows his humanity to shine through that are the most effective. ‘Feed Me’ is a delicious slice of synth-pop that manages to be both sordid and seductive, while the effortless bounce and breathless vocals of album closer ‘Now We Continue’ echo the clinical boogie of early Prince. By injecting his industrial despair with a healthy dose of funk, Everyday Grace strikes a balance between a number of disparate eighties genres to create something new that demands your full attention.