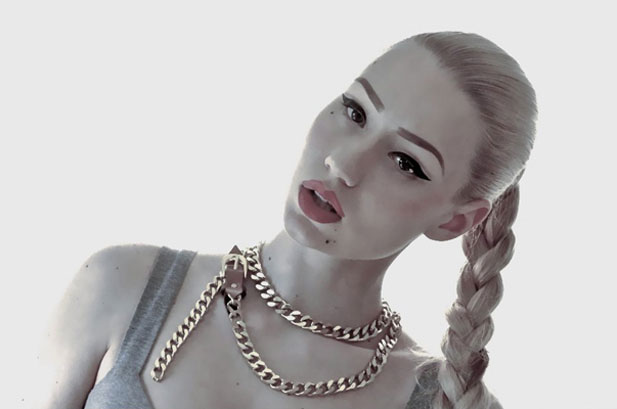 T.I. has added three new artists to the roster of his Grand Hustle label [via MTV RapFix].

Perhaps the most surprising signing is former grime upstart Chipmunk, these days known simply as Chip.

“Everyone was like, you’re young, you’re 21, someone just needs to dive in at the deep end in America and just try and bridge the gap a little bit more between the cultures musically,” the British MC said of his newly inked deal. “Tip [T.I.] was rocking with what I was doing, so we just linked up.”

Tip fondly recalled how Aussie rapper Iggy Azalea approached him. “Her exact words were, ‘It’s very smart of you to call me because I’m going to be smashing shit for quite some time now and no one will be able to breathe if you’re not on my team. So it’s good that you’ll be here, so you’ll have oxygen.”

“I did say that,” Azalea added. “I was like, ‘I’m going to be a bushfire that sucks up all the oxygen so nobody can breathe and you might want an oxygen mask.'”

An album from Azalea is slated for a June release, with T.I. acting as executive producer.

Houston’s frighteningly prolific Trae Tha Truth, who already has an extraordinary number of solo and collaborative albums under his belt, including the ongoing Mixtape Messiah series with Chamillionaire, is also set to release new material through Grand Hustle.