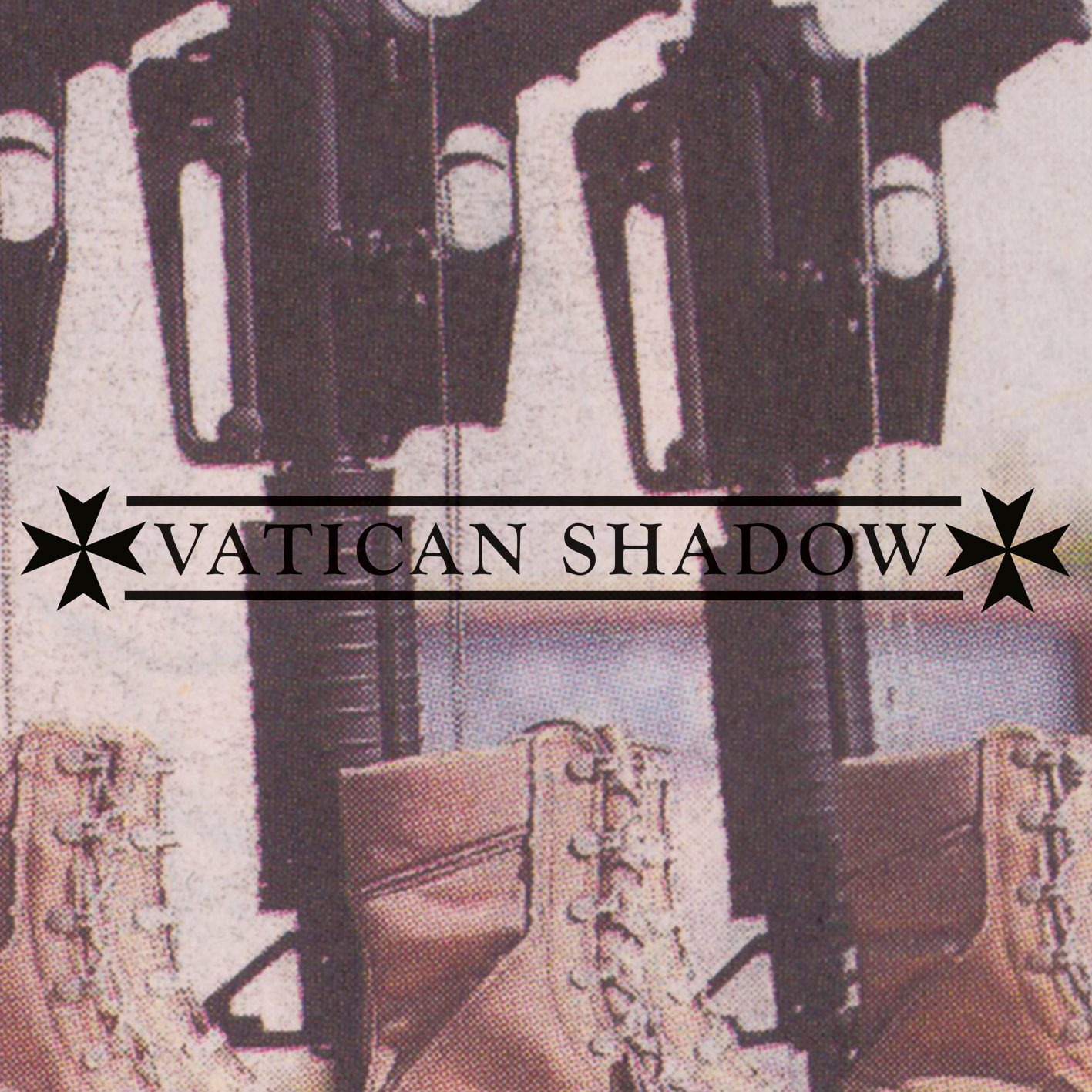 This is the first vinyl edition of the work, which was originally released as a highly limited 4 x cassette set on Hospital Productions, the label run by Dominick Fernow – the man behind Vatican Shadow, better known as Prurient and more recently as a member of Cold Cave – and subsequently made available digitally.

A significant departure from the harsh noise associated with Prurient and Fernow’s numerous other pseudonymous projects, the Vatican Shadow material arose out of the now LA-based artist’s long-standing interest in rhythmic electronic music, from the 90s isolationism of Muslimgauze and Aphex Twin through to the contemporary dub-wise techno of Sandwell District and Demdike Stare. While more recent Vatican offerings have tended towards quite a clean sound, Kneel Before Religious Icons is righteously grotty and dirt-encrusted, as befits its subject matter: Iraq war propaganda, fanaticism, desert combat.

The tracks were cut at Dubplates & Mastering in Berlin for this limited vinyl pressing, which boasts brand new artwork and has an official release date of March 26.

As previously announced, next month will see the release of Iraqi Praetorian Guard, a Vatican Shadow 12″ EP on Blackest Ever Black, featuring a Regis remix of Kneel Before Religious Icons‘ ‘Church Of All Images’ alongside two remastered tracks from Vatican Shadow’s 2010 debut cassette, Byzantine Private CIA. More information here.