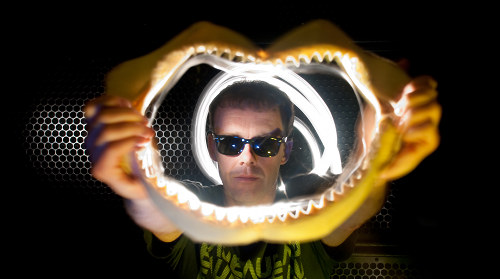 Leftfield have been AWOL for some time: their last studio record was 1999’s Rhythm And Stealth, and, save their 2005 greatest hits set, we’ve barely heard a recorded peep since.

2012 will see the band end the drought with a new live album, the cannily titled Tourism. The twelve-track album will document the collective’s well-received 2011 Australian tour. Original vocalists Cheshire Cat, Earl 16 and Djum Djum all feature on the record, as does newbie Jess Mills. Tourism will also come bundled with a DVD of the visuals used in the show, crafted by celebrated design studio ne1co.

Although the CD/DVD set won’t see release until the end of the month, the recording will be available for download later this week. Speaking about the project, Leftfield’s Neil Barnes said: “We wanted to try and capture the quality of music, the excitement we were all feeling and the enthusiasm and warmth of the Australian crowd. Its been a massive project but Tourism feels like a testament to all the hard work and enjoyable graft we have all put in over the last two years.”

To supplement the album, the band are also playing a one-off show at O2 Brixton Academy on April 21 with a stonking support line-up in tow. Joining Leftfield will be Booka Shade, Laurent Garnier, James Zabiela, M.A.N.D.Y, Jemmy and Tempo Tantrum. The show, in aid of charity War Child, is long sold out.

The full Tourism set will drop on March 26, courtesy of Field Note Records.