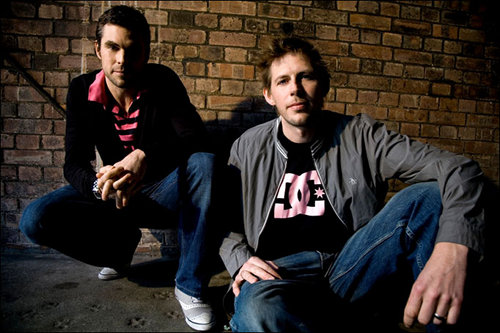 Tom Findlay and Andy Cato’s dance juggernaut are set to release an EP of new material.

The No Knock EP will arrive on house label Hypercolour, who have previously turned out releases by Maya Jane Coles and Huxley. The four-track is less glossy than recent GA-stamped releases, focusing instead on analogue sounds and classic lo-fi drum programming. Sensuous rather than showy, it’s an interesting addition to their canon, not to mention Hypercolour’s expanding roster.

The No Knock EP – Groove Armada’s first release since 2011’s Red Light EP – is set to drop at the tail end of this month, courtesy of Hypercolour.