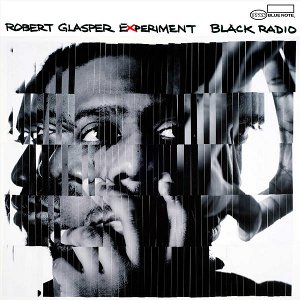 Jazz pianist Robert Glasper’s fifth album – his first wholly billed to his band, the Experiment – has been heralded as a work breaking down the barriers between jazz and hip-hop. This is a curious angle to see people run with, ignoring as it does both the intertwined histories of the genres and the fact that, of Glasper’s guests on Black Radio, just two are rappers compared to 10 soul/R&B singers. Stylistically, it doesn’t aim for an aesthetic vastly different to some of those guests’ own explorations; Erykah Badu and Meshell Ndegéocello in particular have long skilfully blended jazz arrangements with hip-hop rhythms.

This doesn’t, of course, mean that Black Radio isn’t a marvel. Skilfully and bewitchingly arranged, its neatest trick is in the way it enfolds so many distinct personalities into Glasper’s own vision, his music always complementing their voices without ever being dominated by them. Stokley Williams’ conflicted commitment narrative on ‘Why Do We Try’ is one of the album’s most animated vocal performances; Glasper and his band respond with cascades of drums and a darting piano line, abandonment in the most beautifully controlled manner. At other times, the guests audibly stretch themselves into new modes of delivery: Mos Def stutters and scats on the title track, decorating the arrangement rather than vice versa, before breaking into melody just as Glasper essays a startling Dr Dre-esque staccato piano riff. Chrisette Michele has never sounded so opulent and relaxed as on the inhalations and exhalations of ‘Ah Yeah’, her duet with Musiq Soulchild; the way in which she forces her voice to linger until the barest traces of her breath hang over the music is singularly gorgeous. Ledisi, meanwhile, finds another person unnecessary for her own duet; on ‘Gonna Be Alright’, her two vocal lines intertwine with each other like plants growing towards the sun.

It’s not just singers that Glasper bends to his will but familiar songs, too. His ‘Cherish The Day’ unfolds even more leisurely than Sade’s original, which sounds almost tense in comparison; here, it’s transformed into a tender lovers’ duet on a bed of rippling piano. The album closes in subdued fashion with a virtually unrecognisable seven-and-a-half minute meander through ‘Smells Like Teen Spirit’, its vocal line reduced to a lonely, distorted voicebox floating in a hermetically sealed bubble through space; the most radical reinterpretation and dramatic improvement on the original since Tori Amos’ classic 1992 cover.

Elsewhere, Glasper knows the value of letting some guests just be themselves: few can sound as simultaneously authoritative and casual as Badu at her best, while Ndegéocello murmurs killer lines like, “I’m not perfect, but my aim is true” with her usual husky sensuality. In the case of Lupe Fiasco, this was perhaps unwise: his rambling about ninja turtles and conscious rap clichés rather let the side down, and rhyming “failed hooks” with “Braille books” but failing to follow up with a reference to bell hooks surely counts as an opportunity missed.

As a self-conscious attempt to both sum up and forge new alliances within contemporary African-American music, Black Radio‘s greatest accomplishment may be the casual ease with which it pulls off its vision. It is richly detailed and carefully put together, as each subsequent listen reveals further, but at times it could pass for an extended jam session – which just happens to have some of the finest singers in the world dropping in every so often.