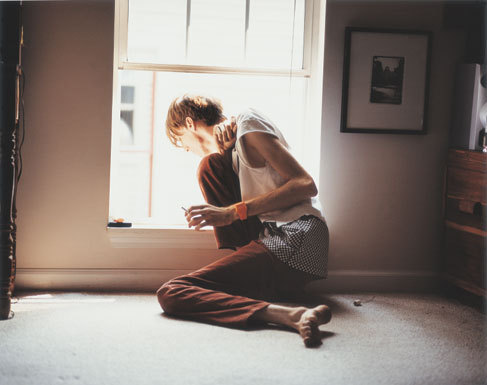 Bradford Cox has given an explanation for his recent antics at a live show in Minneapolis.

In a phone call with Pitchfork – a call made by Cox, it should be said – the Deerhunter and Atlas Sound frontman claimed that “”It was one of the best performances I’ve done since Deerhunter started”, describing the mood as humorous and engaging, in contrast to the reportedly awkward scene documented by the local music media. “No one else fucking allows themselves to become unhinged. If it’s frightening to people, then those people seriously need to look at the mediocrity they subscribe to.””

“It’s not like fucking Lana Del Rey carved an upside down cross on her cheek and defecated all over herself on stage at fucking Bonnaroo.”

Cox goes on to claim that he didn’t ask anybody to throw chairs, refers to himself as a terrorist and a homosexual whose “job is simply to sodomize mediocrity” and more. You can read the full thing over at Pitchfork.