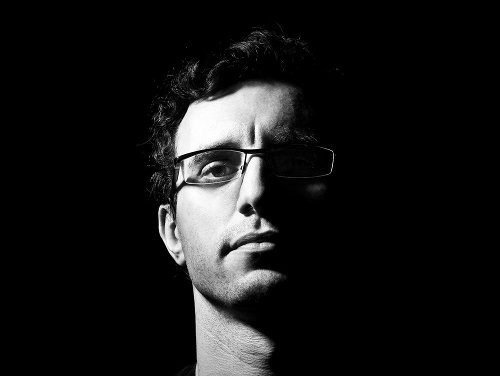 Heavily inspired, in Woolford’s words, by pirate radio, Special Request will debut with a four-track double-12″ single – available to pre-order from Phonica Records now – that includes a remix by Kassem Mosse and Mix Mup. Eager to find out more, we spoke to Woolford yesterday about pirate radio, white label culture and more.

You mention pirate radio as a major influence on Special Request – it’s also something you also discussed on your RA exchange interview last year. Is pirate radio still a big part of what you listen to, or is it more something that was present growing up?

“Well the attractive thing about pirate radio is that it sits outside of convention, so there are no rules as such, and this is a huge part of why this project exists, so even though there are familiar themes involved on these releases, the stark contrasts make the differences.

“In terms of pirate radio itself, the internet has changed the nature of it, but there was a time when it was pure community service. I stumbled across it purely by accident, from moving the tuning dial across the airwaves and the contrast between what was on commercial radio and what was being broadcast from PCR in Bradford or Energy, or Dream FM in Leeds was astronomical. There’s been a guy that’s basically always been involved around this part of the North, a guy called Shock, and he was involved all those years and continues to be these days with Radio Frequency FM, which I’ve been listening to of late. How many more unsung heroes must there be from across the years that have dedicated their lives to this?”

Any particular stations that played a big part in your musical upbringing up North?

“PCR 104.9, which drifted over from Bradford – that was where I heard the first NuGroove records, the first Warp records, Unique 3 – records like ‘Activity’ and of course ‘The Theme’, LFO, Nightmares on Wax… and also those records are local. So subsequently going out to buy them from Crash in Leeds, then I ended up doing some work in Crash as part of my work experience placement as a teenager, and you are standing in the shop and the guy that’s made the record that’s blown you away walks in and has a cup of tea with you. You never forget those moments. And of course as time went on, the bpms fluctuated wildly, and hardcore happened, slowly morphing into jungle, and the tape I’m listening to right now, from 1995, Shock playing Dillinja’s mix of Crown Jewels ‘Money In My Pocket’.”

The tracks on the Special Request Soundcloud sound pretty rowdy – they’re certainly nastier than your recent singles for Hotflush and Planet E. Was it the case that you didn’t think they would fit in with those labels, or was there a desire to self-release them from the start?

“Special Request is about capturing an energy – there’s some pretty full-on hardcore / jungle stuff coming as part of it and I wanted a definite line between the new material I’m doing for Carl Craig’s Planet E and the Hotflush stuff. There are some obviously shared references, you cant deny the influence of ‘Bug In The Bassbin’, but what I’m working on for Planet E is more refined and the Special Request stuff is the ruffage, the rowdy younger brother..”

Kassem Mosse strikes me as a really appropriate choice for remixer: he doesn’t bother with Twitter, he’s relatively anonymous without making a show of it – in short, he doesn’t try to “play the game” yet he’s still successful, in the same way that a lot of people were in the heyday of jungle, for instance. Was he a conscious choice for this reason? Or am I reading into something that’s not there?

“Kassem Mosse & Mix Mup provided what I knew they would with their re-interpretation of ‘Deflowered’, their murky treatment of sound is ideal for this, and yet simultaneously some would see it as being a world away from the hardcore influences – it’s an ideal contrast. I have another version by Jamal Moss as Heiroglyphic Being which is further out there, this is forthcoming.”

I’m guessing the hand-stamped packaging also comes back to the theme of pirate radio, and music being more localized – is this an attempt to take stuff away from the Internet age a little, even temporarily? Is Special Request doing digital, for instance?

“I just love the format, it’s the right way to do it, especially with this mutant-strand of dance music, it works. There’s no digital plans at the moment.”

Last year was a very busy one for you – Special Request aside, what else have you got in store for 2012?

“There’s a remix for Komonazmuk’s ‘Underground’ about to drop on Hench, I’m working on a double CD for NRK currently, more collaboration with Psycatron and others, more recording and touring with the Planet E family, I’m back at Fabric on Easter Thursday with the Rinse FM crew (more Special Request-orientated for that one), the residency for We Love in Summer has been renewed (six dates, two of which will be playing back to back with friends). It’s hectic, but I’m completely invigorated.”